My name is Jung So-min. My friends and I had a contest to pick out my stage name but I myself chose the name.
I was born on March 16, 1989. I am a junior at the Korea National University of Arts majoring in acting but I'm currently taking a semester off.
My family consists of my mom, dad and my little brother who is a senior in high school. I get into fights with my brother but they don't last for more than five minutes. We hang out a lot because I really like him and I'm glad he doesn't think I'm annoying. (laugh)
I learned ballet from elementary school until middle school. I had to quit because my parents were against it and I started to learn Korean traditional dance when I was in high school. If I continued to dance I probably would have done work relating to visiting other countries to spread the Korean traditional dance.
When I was a senior in high school, my dad didn't know that when I took my college entrance exam I changed my major to acting. I told him after I was accepted and he was furious. I think my dad began to change his mind when he received the tuition bill for my college and saw that it was zero won because of my scholarship. (laugh) I think that was when he began to trust me.
However, my grades after entering school were...We have a saying in our school 'Don't think about graduating if you haven't been on academic probation at least twice.' It's because we are assigned a lot of work and the schedule is tight. It was hard to maintain my grades while working really hard and sleeping only three or four hours a day.
This year for the school play, I was cast to play the role of Hermia for Shakespeare's "A Midsummer Night's Dream" and it was quite sad because I had to take a semester off to shoot "Bad Boy." There aren't that many opportunities to be in a traditional play.
When I was still in school I really liked physical education. I remember that I won an award in the long run against other students at school and I'm also good at physical fighting.
I actually like to take part in sports rather than watch them. I was the only girl who took part in the soccer match during the "Bad Boy" rally. I'm better in baseball than other girls and actor Kim Jae-wook told that my pose is similar to that of a major league baseball player. (laugh)
I've only seen actor Kim Nam-gil on television and it was hard to approach him at first because he seemed so serious but after getting to know him, we joked around a lot.
The yacht scene during the first half of "Bad Boy" was shot during March. So it was really cold and after the cameras went off I was shaking because I was wearing just a dress.
There are people who say I look younger than my age and others say that I'm very grown-up like. Veteran actress Kim Hae-ok, who plays my mom in "Bad Boy," said I'm like a high school student wearing regular clothes and kept saying "You're like a 15-year-old!" (laugh)
My first paid gig was a commercial for SK Telecom (a telecommunication company in Korea). I gave the entire paycheck to my mom but she accepted it without even blinking an eye. She said "Don't think that you can make things up to me with this. You don't know how much money I spent on you!" (laugh) Of course I still get an allowance.
When I get my allowance all I do is eat. (laugh) I also like to buy things for others. When I have the money I spend it and buy things thinking "So and so will like this!"
I try to watch a play at least once a week or every other week. My managers and I bawled after we watched the play "The Most Beautiful Goodbye" which was originally written by writer Noh Hee-kyung. Afterwards when I went home, I told my mom that I would do my best. (laugh)
I am also interested in musicals. I began to learn to sing after my college entrance exam but unfortunately I'm not gifted in it. I thought if I practiced I would get better but if I had to evaluate myself objectively? I don't see it happening. (laugh)
My favorite movie genre is thrillers and reasoning movies where you have to use your brain. I became interested in thrillers because of the movie "Identity." I also enjoyed watching "Our Town." I don't really like action movies but I like films that have action and create tension like "Taken."
The thing that I want to do the most is to get a florist license. I don't have any skills in art but I like flowers and matching them with different colors. When I act or dance my actions are shown directly but I really want to learn how to create a different feeling with these pieces. However, the tuition fee is a bit too expensive... 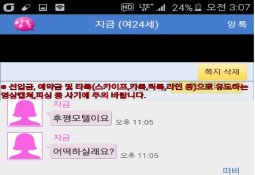