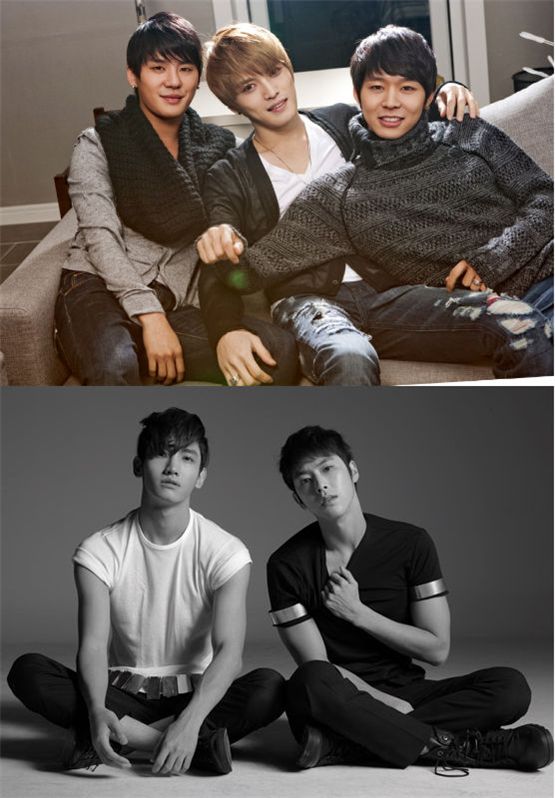 On his Twitter account, Kim wrote today, "I don't know if I should say this. I miss Yunho and Changmin. No matter what anyone says, we were all members of a group and I know them better than anyone else does so you may say that I'm being silly but I'm missing them for the first time in a while." He made the remark after mentioning his current bandmates Kim Junsu and Park Yuchun.

Of Kim he said: "Junsu always wakes up before the rest of us who are tired and gets his hair and make-up done. He has done so for the past eight years. We are here because of his faithfulness and I respect him as a colleague and friend. Junsu is someone I'll have a lot from for the rest of my life."

"Yuchun always stands neutral. He always looks at everyone from the middle. That's why we have no time to think that we're alone. He has the most free-willed spirit, he shares that emotional resonance with everyone and it helps us feel safe when we're having hard times," he wrote of Park. TVXQ, formerly composed of the five, had enjoyed high popularity throughout Asia as one the leading dance groups in K-pop scene since their debut in 2004.

However, after disputing with agency SM Entertainment over the unfairness of their 13-year exclusive contract, Jaejoong, Yuchun and Junsu halted their activities as TVXQ and instead formed trio JYJ. TVXQ is now a duo group led by two remaining members Changmin and Yunho.