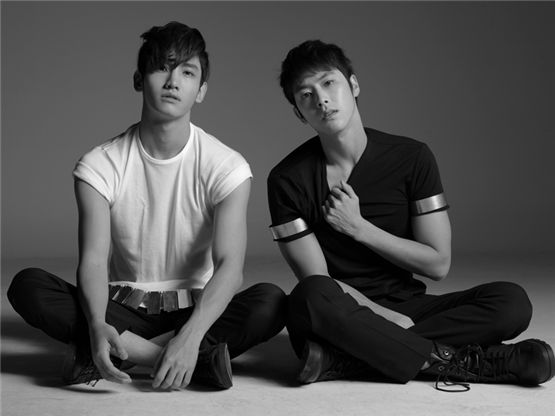 Oricon's official website on Friday showed that TVXQ's single "Superstar" sold over 48,950 copies on the second day since the album's release on Wednesday. Yesterday, the single had ranked at No. 2, trailing behind girl group NMB48, after selling close to 75,690 copies.

Hence, TVXQ, one of the most successful K-pop bands in Asia, may be able to hope for another weekly chart-topping album.

The original version of the album "Why (Keep Your Head Down" released in the country in late January, had placed first on Oricon's weekly chart at the time and sold over 250,000 copies to achieve platinum status. Currently in Japan, the duo formed of Max Changmin and U-Know Yunho will appear on Asahi TV's "Music Station" tomorrow and NHK's "Music Japan" on Sunday to promote their new release.