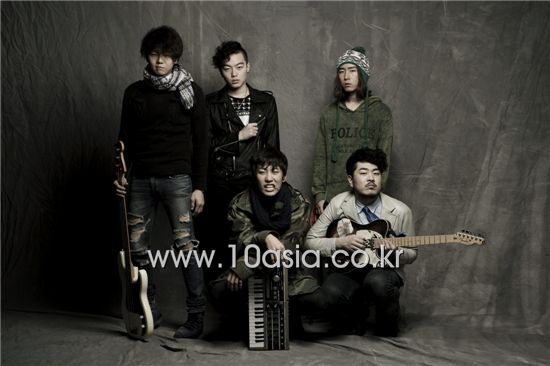 썝蹂몃낫湲 븘씠肄
10: What has changed now compared to back then?
Shaun: We used pick songs in a 'this song, that song, then that song' sort of way for performances but these days we draw up proper lists, talk about them in meetings and even review ourselves afterwards.
Park Sun-bin: I guess you could say we feel more responsibility now. Responsibility over making sure the audience has fun, not just us.

10: And after going through such changes, do you think you miss the old days or do you want to keep going on the road that you're on right now?
Lee Hyun-song: Now that we move on a systematic schedule, I do slightly miss the days we used to party and perform at clubs.
Lee Soo-ryun: Rather than miss it, I think having such a tight schedule is hard for us psychologically in a way. After performing twice or three times a week, we don't get to rest on the remaining days but rather each have things to do individually. And we have to keep repeating the pattern of performing, then doing interviews, then going to television recordings...
Lee HS: But I think Koxx is gradually maturing as much as it is having to pull off such a systematic schedule. It's as if something is accumulating. 10: You might be able to come out of that mannerism at least a bit if you went back to holding a party with the mindset you had in the beginning. If you could hold a party under Koxx's name, what concept would you each want it to be in?
Park: We're a group that originated from parties so we demanded for a clause in our contract that says we can hold a party under our name once every two months. Of course, the response we got was 'Don't be ridiculous.' (laugh) So we won't be holding parties regularly but we're planning on throwing one after our full-length album comes out.
Lee HS: The party will be similar whoever plans it. And it'll probably be like the one on the last day of 2008 where we poured punch everyway and just ate and drank.
Park: The only difference would probably be the order of the songs? (laugh)
Lee HS: Or where the instruments are located. (laugh)
Lee SR: It'll probably be a bit more refined than the party from 2008.
Park: We actually want to have fun amongst ourselves comfortably so I'd like to invite people around me rather than our fans.

10: Speaking of fans, your fans are famous for actively promoting you guys online. (laugh)
Park: It's probably because of the event where we've promised to give out our most prized possessions. (laugh)

10: Oh, like the one where Lee Soo-ryun, you put out your acoustic guitar?
Lee HS: We got a parcel delivered one day by Soo-ryun's parents and it was the acoustic guitar.
Lee SR: I used it when I was in middle school and they told me to take it if I wasn't going to use it. But I couldn't really use it as well so I put it out for the event.
Park: That was the most popular. 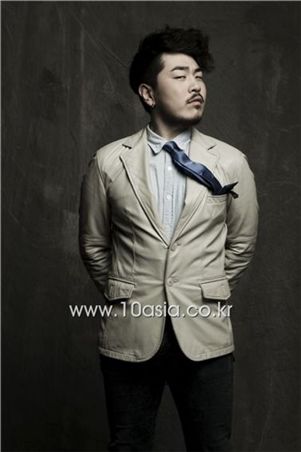 썝蹂몃낫湲 븘씠肄
10: What prized possessions did the rest of you put out?
Lee HS: Mine was a small keyholding wallet.
Park: He lacks a conscience.
Lee HS: No, I had it since I was young. Isn't it the heart and sincerity that is the most important?
Shaun: Mine was a bowtie.
Park: That's more like it.
Shin Saron: Mine was a dress I wore for a performance.

10: A dress?
Lee HS: Are you thinking of pretty dresses that girls wear? Not those but the really comfortable ones that middle-aged ladies wear.
Shin: I wear those kind of clothes quite often for performances. (laugh)

10: You've had a lot of experience on stage. I guess all you have left is to appear on a live music program on a major network, I think. Is there a particular show you would like to go on?
All: We want to go on all of them.
Lee HS: I personally would really like to go on "Lalala." Shows like "Yoo Hee-yeol's Sketchbook" and "Kim Jung-eun's Chocolate" have a vibe of thier own that has been there since "Lee Sora's Propose," but the sound is really good on "Lalala" and you could also go inside a booth to sing. (laugh)

10: But on those kind of shows, the audience usually stays put in their seats until told to stand up by the musicians. And with your music, the atmosphere can only come alive when everyone is jumping up and down so you must be a bit worried about that.
Park: Oh, that's a very sharp question.
Lee SR: I once went to watch "Yoo Hee-yeol's Sketchbook" as a member of the audience and Mr. Yoo was so funny that everyone kept bursting out into laughter. And people almost died when Park Ji-sun came out. (laugh) Those people remained seated in their seats even for performances that I thought would be impossible to stay put for.
Shaun: I once saw a posting that an audience member had said saying, "Why didn't you ask us to stand up?" But don't people just naturally jump up and down at festivals? Why's that the case?
Shin: Because they think they should get their money's worth since they've paid for it? (laugh)

10: Last question. When will we be able to see your full-length album?
Park: I'm getting knee cartilage surgery on November 17 so this is when we'll wrap up promotions for our EP and start preparing for the full-length release. I got injured when I was young but this will be the fourth and last surgery. There's a 25 percent chance it'll succeed so if anything goes wrong...
Lee HS: Our bassist will change. We give preference to holders of a drivers license. (laugh)
Lee SR: No, he can play while sitting in the back. Then the audience would probably say, "Huh? I can't see the bassist although I can hear him" (laugh)