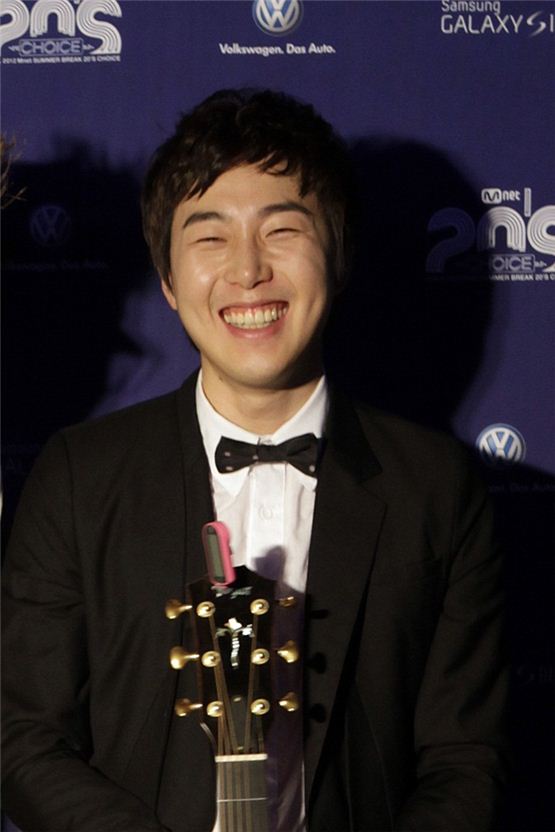 The news quickly spreaded through online on Thursday morning as Korean entertainment news agency Sportsseoul.com reported several pictures of Jang and his girlfriend.

“We confirmed with Jang that he is in a romantic relationship with the woman in the pictures. He is told to be a bit shocked [since the pictures were taken without permission] and have nothing to comment more on the matter,” a PR rep from CJ E&M said in a careful manner over the phone.

The official added that the “Cherry Blossom Ending” band members are currently taking a break while looking for their next agency.

Composed of guitarist and vocalist Jang, bassist Kim Hyung-Tae and drummer Brad Moore, Busker Busker has gained public recognition by becoming the final contestants on Mnet's audition program "Superstar K 3" last year. The trio rookie band saw the biggest sales record in the first half of 2012 with their debut album listing their number one hit “Cherry Blossom Ending” that stirred up the first love syndrome in Korea.