The singer and actress attended the graduation ceremony held Friday morning at Chung-Ang University Seoul campus, where she was also handed a special award for her contribution to the school. "I feel more nervous, maybe because it took me ten years to graduate" the 28-year-old singer said. "If I were to grade myself, I think I would give an F."

Jang's graduation had been delayed due to her busy singing and acting career in Korea and China, where she is considered a major Hallyu star.

K-pop singer Lee Soo-young and TV personality Park Kyung-lim also showed up at the ceremony to congratulate the singer and reportedly gave her new underwear as a graduation gift. Jang made her debut in the entertainment industry as a singer, releasing her first album "The First Story" in 2001. The album spawned several hit songs including "Burying My Face In Tears" and "April Story," selling over 250,000 copies.

She then became a household name with the success of her second album "Sweet Dream" (2002) which sold over 400,000 copies.

Jang also made an impressive crossover into acting, starring in several hit dramas and films including the popular sitcom "Non Stop 2" (MBC, 2001) and ""Successful Story of a Bright Girl" (SBS, 2002).

She is scheduled to head back to China after the graduation. 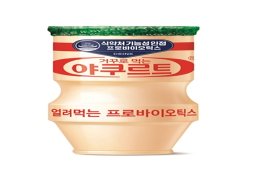