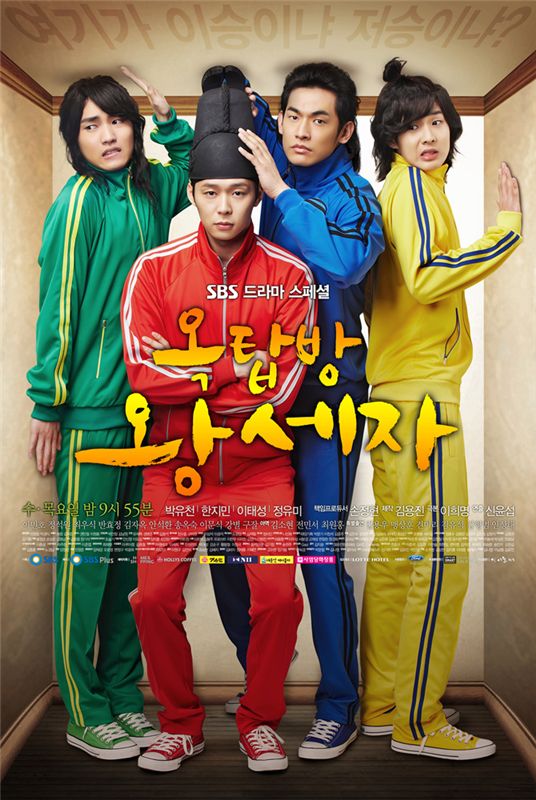 Posters for upcoming SBS’ series “Rooftop Prince," starring JYJ member Park Yuchun and Han Ji-min, have been released by the broadcaster on Wednesday.

SBS revealed the posters with one of them showing Park with a traditional Korean crown and red tracksuit with his fellow men standing next to him in a small room. The 20-part series, which tells the story of a prince (Park) who magically flew 300 years from the Joseon Dynasty to present time, will make its debut on the Wednesday and Thursday primetime lineup starting March 14.

This is Park's third lead role since starring in KBS' TV series "SungKyunKwan Scandal" in 2010 and in MBC's drama "Miss Ripley" last year.

Park, who is also a member of JYJ, recently released their documentary titled "The Day," a 90-minute film introducing the everyday activities of the members of JYJ off the stage His counterpart Han just finished playing the role of Jung Jina opposite Jung Woo-sung in jTBC's "Padam Padam."