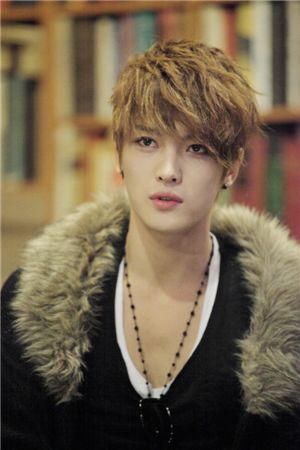 Boy group JYJ member Kim Jaejoong was voted as the most popular celebrity at the Shorty Awards, according to the star’s agency C-JeS Entertainment on Tuesday.

The statement said that Kim won the No. 1 spot under the 'celebrity' category for the fourth annual Shorty Awards for the second year in a row after competing against top Hollywood stars Justin Bieber and Selena Gomez. This year, the nominees, including Kim, were chosen based on the polls from Shorty's official website and evaluations of a panel of judges called The Real-Time Academy of Short Form Arts & Sciences.

With winning of the award, Kim will be heading to New York to attend the award ceremony next month along with the other winners.

The Shorty Awards was established by two tech entrepreneurs in 2008 and is held every year to nominate the most popular Twitter account holders in various categories including humor, advertising, news, food and celebrity. ※ Any copying, republication or redistribution of 10Asia's content is expressly prohibited without prior consent of 10Asia. Copyright infringement is subject to criminal and civil penalties.