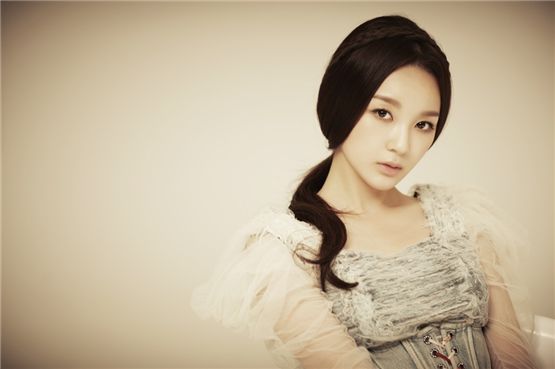 Kang Min-kyung of female duo Davichi has confirmed to play the female lead in KBS’ new primetime drama set to air next month.

With Cho Yeo-jung, Kim Kang-woo, Jung Suk-won, Nam Gyu-ri fixed as the main roles, Kang will play one of the characters named Hwang Joo-hee in "Lovers in Haeundae" (tentative title). In the TV series penned by scenarist Hwang Eun-kyung of SBS' "City Hunter" and "The President," the singer will portray an irresistible femme fatale who is Cho’s schoolmate and Jung’s secretary.

The officials said the romantic comedy is scheduled to air on August 13th as the follow-up to the current KBS' Monday and Tuesday primetime TV series, "Big."

The songstress has been concurrently pursuing her career in acting by starring in SBS' drama "Smile, Mom" between 2010 and 2011. She added another TV series to her acting resume by appearing in MBN’s sitcom, "Vampire Idol," alongside solo artist Jay Park, K-pop group ZE:A's Kwang-hee and Min-ah of Girl's Day. Davichi, composed of Lee Hae-ri and Kang Min-kyung, has led a successful singing career since dropping their debut album, "Amaranth," in 2008.

The album has produced many hit songs such as "Don't say goodbye" and "Will think of you" which ruled local music charts upon its release.