※ explorer 11, Microsoft 엣지 44 이상의 버전에서 이용 가능합니다.
인쇄하기 스크랩 RSS
폰트축소 폰트확대
The word that actor Ryoo Seung-bum used the most during the interview was 'just.' His description of one of his favorite actors Denis Lavant was, "He's someone who just goes for what he believes in" and he quite simply remarked, "I just like it a lot" when talking about the joys of traveling alone. Ryoo, not even daring to make anything up or use silly flowery expressions, spoke exactly in line with the image the public has of him. This actor, who from the very first moment he appeared in front of the public throbbed with an irreplaceable wildness and a sharpness contained within his instincts, poured out his thoughts without unnecessities. And the effort he put in to giving the best response possible, proven by how he would furrow his brows after being asked a question, rather than simply reciting answers he had prepared, added depth to his thoughts. His excellence has already been shown through a variety of mediums over a number of occasions but below is the dialogue on he who there is still an abundance to write about. 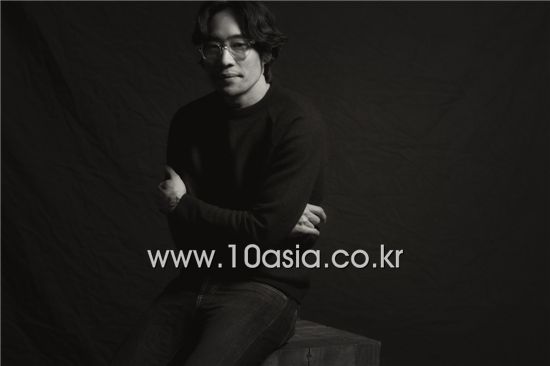 10: Your recent press conference and interviews for your film "The Suicide Forecast" show that you've been doing a lot of thinking. Have your thoughts become better organized now that you've done an endless run of interviews to promote the pic?
Ryoo Seung-bum: I'm becoming an interviewing machines these days. (laugh) There's still a lot left for me to sort out but I think I have pretty much of what I need for interviews. The rest are things I have to figure out for myself. 10: Well to start with the movie, I understand that you were drawn to the fact that the movie was going to be about suicides because you had been quite into that topic when you got the script for it. But suicide isn't an easy topic to approach.
Ryoo: A lot of suicides have occurred and they're being exposed a lot as well. But I guess you could say that the strength of this film lies in the fact that it tries to draw a hopeful message from out of it and offer cheerful consolation rather than handle it in a depressing way. That's what I liked about "The Suicide Forecast." In a way, human comedy is an extremely cruel genre... You're being mean to people who are actually living that reality by making people laugh and cry over someone's pain. But when I first read this script, it was tentatively titled "Life is Beautiful" so it reminded me of Roberto Benigni's "Life is Beautiful." And I thought, yes, it'll be nice if this film delivers the same sort of feeling, strength and image, as well as communicate with such emotions.

10: What did you think of your character Bae Byung-woo? He alone struggles to save people who are in situations that are tragic enough that it wouldn't be weird at all if they committed suicide so it almost seemed like he was being overly mindful of other people's businesses rather than nice. (laugh)
Ryoo: I too had a very hard time with the fact that he's so nosy. (laugh) That's why I even complained about it to the director when we were on set. But I think that's just who Bae is. What he is going for is something on a very personal level but in the end, he's actually someone who is mindful of what others do. He is absolutely not individualistic. And the director probably showed an aspect human beings have by showing that double-sidedness to him. The same goes for me. I'm actually becoming multifaceted, let alone double-sided. (laugh) And all those different sides of me keep clashing inside me.

10: Well most people learn how to control or overlook such clashing if they've been working for ten years and they're older. It just makes things easier for yourself as well. So in a way, it's actually quite amazing that you're telling me this quite frankly right now in an official setting. (laugh)
Ryoo: I think I'm still in my youth. In that sense I still feel awkward, I can't control myself, thoughts and emotions clash inside me and I'm going through a stormy period. Of course, I can be nice as well. And flexible. But there's a part of me that instinctively wants to be honest and sincere. I think it exists somewhere in the process of me sometimes wanting to wear my mask well but sometimes wanting to get ride of it. I think everyone wants to believe that they have hidden or controlled themselves, but won't we all be like this till the day we die? I think that's what life is about. We constantly clash, break and fall yet rise to our feet again. 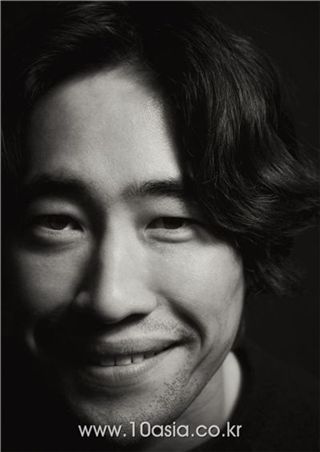 썝蹂몃낫湲 븘씠肄
10: You said that your girlfriend Kong Hyo-jin once gave a very precise description of who you are. She said, "Ryoo Seung-bum is actually a wolf that came down from the mountains and was fed and groomed by human beings but his wild instincts have returned." And it actually seems quite accurate, even from a third person's point-of-view. You're an actor whose overall image had been as strong as your first appearance on the screen. But from a certain point on, even in photographs, you lost that rough vibe about you and you had become quite peaceful.
Ryoo: Under the name of the lord. (laugh)

10: And then again, your face nowadays is of that of someone who has a lot of complex thoughts. Is it really because your wild side has come out again? (laugh)
Ryoo: My life is constantly like a wave. It can't stay put in one place. I just leave myself up to my life and throw myself into it. And since I've thrown myself into it again, I will probably drift about again and end up somewhere although I don't know where that is, or continue to drift on. However it goes, I just want to live the life I've been given faithfully, honestly and sincerely.

10: But I'm sure it can't be easy to stay focused or maintain your core if you leave yourself up to that wave because you're only human.
Ryoo: I don't have any of that. (laugh) It's so hard to. But this is another thing I think. It's difficult to stay focused so why don't I just tell myself that I'm not that kind of person? Then you end up going with the flow. And it's so hard to try to stand my ground since the wave keeps breaking. So I just go wherever it takes me. That's where I find my ground, at a state of zero gravity. (laugh) It's sometimes my own prejudice, myself, that I have a hard time over. So I think that I may find a new ground by letting go of what I was originally holding onto.

10: That means you'll continue to leave everything up to the flow of things but is there anything, such as a certain value, that you don't want to compromise or let go of?
Ryoo: When you ride the subway, there used to be middle-aged ladies who threw their bags onto empty seats so they can sit in them. And I really couldn't understand that in the past. But they were just staying true to their feelings. Sitting down is more comfortable than having to stand. They're just being honest with themselves. So I'm hoping that people will view that honesty for what it is. I'm not saying I'm going start throwing my bag too (laugh) but I'm just hoping that I'll see such honesty for what it is, instead of approaching such things with only from my point-of-view. In the end, my thoughts too are the sense I have of things someone else has taught me and planted in my mind. The nature of things and the truth are light. They're just what they are. Just like a cup is a cup. That's why I think I should at least never waver in my efforts in trying to view things in an honest light.