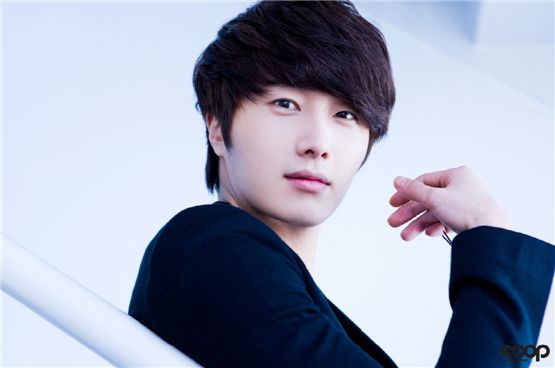 Jung, who recently gained more spotlight after starring in MBC's mega-hit series, "The Moon Embracing the Sun," has been announced as the first Korean celebrity to be invited to the annual fest, a Management Soop official told the magazine in a phone interview Thursday.

Slated to open at the Beijing Olympic Stadium, Beijing on July 4, the ceremony have compiled data through online and telephone surveys during the past 12 months to vote for top Asian celebrities among 100 nominees.

The officials said the actor will fly to Beijing the day before the ceremony kicks off.

The Korean heartthrob is certainly getting active with his activities in China lately, attending the closing ceremony of the 18th Shanghai Television Festival this month and guest starring on Hunan TV's variety talk show, "Tian Tian Xiang Shang," in May. According to the firm, Jung's popularity in China soared after "The Moon" and his romantic comedy TV series, "Cool Guys, Hot Ramen" (tvN, 2011) began airing in the country.