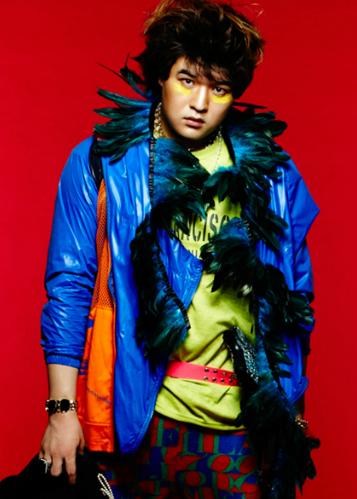 Korean idol Shindong of boy band Super Junior will step down as a regular on SBS variety show "Strong Heart," according to his agency SM Entertainment.

An official with SM told 10Asia over the phone on Wednesday that Shindong will no longer sub-host "Strong Heart" while his fellow members Lee Teuk and Eunhyuk will remain on the show. Shindong has been a regular on the variety program and has been participating in the segment "Boom Academy" with Lee Teuk, Eunhyuk and TV personality Boom.

Shindong, whose real name is Shin Dong-hee, is a member of the popular group Super Junior, which has been releasing numerous hit records and songs including "Sorry, Sorry," "It's You," "Rukkugo" and "BONAMANA."

Outside of his group activities, he has appeared on various entertainment programs as well as hosting his own radio, and was recently named the new emcee of MBC Music’s new music program "Show Champion" and Mnet's "Beatle's Code 2." ※ Any copying, republication or redistribution of 10Asia's content is expressly prohibited without prior consent of 10Asia. Copyright infringement is subject to criminal and civil penalties.