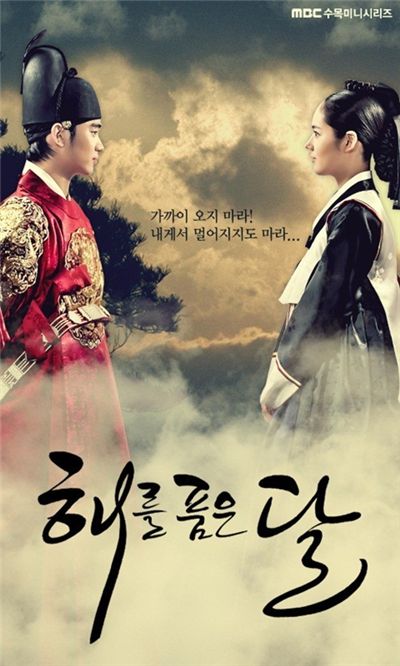 Poster for TV series "The Moon Embracing the Sun" [MBC]

MBC's current smash-hit TV series "The Moon Embracing the Sun" is being considered for extension although nothing has been set as of yet, according to the show's broadcaster.

A PR rep with MBC told 10Asia over the phone on Friday that "nothing has been finalized regarding an extension of the series," downplaying various reports from earlier in the day that said the 20-part drama has been extended by four episodes.

"Moon," just six episodes away from its finale, is based on the novel of the same name by writer Jung Eun-gwol which tells of the love between Lee Hwon (played by Kim Soo-hyun) and a female shaman named Wol, played by actress Han Ga-in.

Wol was originally born into a noble family and was in line to become the crown princess when she got entrapped and faced execution while she later returns to the palace as a shaman after losing her childhood memory.

The series, also starring actor Jung Il-woo and actress Kim Min-suh, has brought in high viewership ratings in the high 30 percentile range and maintained the No. 1 spot on the Wednesday and Thursday primetime lineup since its premiere in early January. ※ Any copying, republication or redistribution of 10Asia's content is expressly prohibited without prior consent of 10Asia. Copyright infringement is subject to criminal and civil penalties.