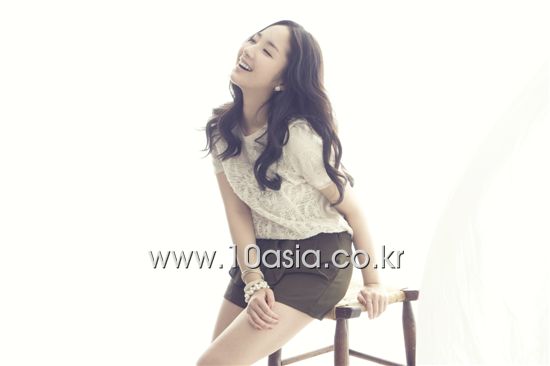 썝蹂몃낫湲 븘씠肄
Actress Park Min-young rose to instant stardom through her debut role in MBC smash-hit sitcom "High Kick" in 2006 by managing to shine amidst the throng of diverse characters with her role as Kang Youmi, an ignorent yet confident and cheerful girl in high school.

Yet such fast-obtained popularity rarely lasts for long and the industry does not allow an actress to see slow growth. In KBS drama "I Am Sam" she played a character who holds her emotions within herself while bullied by others rather than immediately respond like Youmi from "High Kick" would have but viewers remembered her as the same cheerful high school student rather than notice the change between the two and in her acting skills. She then did fairly well in pulling off her role as a princess who depicts on the most tragic narrative through traditional drama "Princess Ja Myung Go" but the low ratings the depressing show scored was applied to Park as well.

Hence she truly meant it when she said through her interview with 10Asia that she "was healed" through her role as girl in boy disguise Yoon-hee in "SungKyunKwan Scandal," a show also starring JYJ member Yuchun and actors Yoo A-in and Song Joong-ki. Below are excerpts from the interview with the 24-year-old actress.


10: You went to Paris as soon as you wrapped up filming for "SungKyunKwan Scandal." Did you rest well?
Park Min-young: I toured the city rather than rest. There was so much to see because it was my first time there. I excitedly rummaged through the numerous galleries in Saint-Germain and acted all silly on the Montmartre hill, running and jumping around by myself when I saw a group of Korean tourists come my way and recognize me. So I ran away but all the whole time I was still acting ridiculously silly. People who were with me said they were ashamed of me. 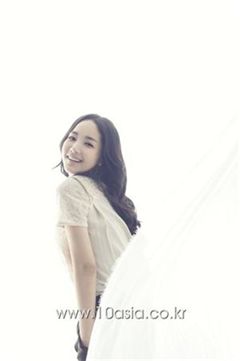 썝蹂몃낫湲 븘씠肄
10: You must've felt more freedom being in a place where nobody recognizes you.
Park: I usually don't mind other people when I go on trips. But I was at one of the most famous department stores in Paris when one of their employees recognized me, a mixed-blood Chinese. She said she watched "SungKyunKwan Scandal" on YouTube and that she had watched it that day as well before she got to work. I was really surprised. It's understandable in the sense that she's Asian but to think that someone living overseas would watch our show real-time was surprising.

10: That incident in itself doesn't prove the drama was a success but "SungKyunKwan Scandal" was a show that was received well by fans also because of its artistic quality, something that cannot be proven merely through the viewership ratings a show posts. What meaning has the show had for you?
Park: I was loved by the public for the first time in a while and on a personal level, I was able to mature in step with my character Yoon-hee. That's why the drama was all the more special [to me]. But what's more of a relief is that it's actually been quite easy shake off my character this time. I was hurt, happy and proud whenever my character was but in the end, I was able to let go of her with a happy mindset because she was loved very much and the story itself ended happily as well.

10: Was it easier to shake off the character because you were happy being her?
Park: The drama saw a happy ending and I just believe that she'll live happily. In a way, I have to shake her off quickly because I'll be going into my next project earlier than I expected but I think I've been doing a good job it so far, one step at a time. That's why I'm staying away from reruns of the show. Watching them will only bring back the emotions I felt back then. I'm going to watch them later on when I'm more at ease. There's still a lingering feeling I have about the show because I put my all into it for six months. 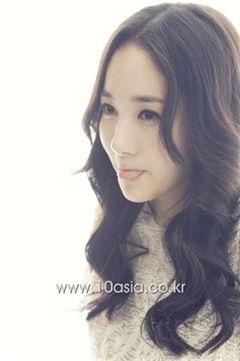 썝蹂몃낫湲 븘씠肄
10: You wrote "Thanks Yoon-hee. For coming to me," on your Twitter account. It doesn't seem to mean that you were simply happy to get to play the role of Yoon-hee.
Park: It's also part of the lyrics to one of the soundtracks for "SungKyunKwan Scandal," the ending narration by Yuchun where he says, "Thanks, for coming to me." It best expresses how I feel because first of all, it was through Yoon-hee that I was able to gain the courage to overcome the obstacles laid in front of me. I had taken on the drama after going through a slump in terms of acting and spending much time wondering whether I'm walking the right career path so I healed a lot while playing Yoon-hee. So it was in that sense I wanted to say thank you to her. My great passion for the role was also why I was able to act with such intensity so I was grateful that was conveyed to the viewers and was received well. I cried a lot after shooting my last scene and it was because I felt grateful to the crew I worked with, the actors, the director, the writer and everyone who picked me for the role. I wonder whether I would've been able to become this strong again had I not been given this project.

10: Isn't that because you experienced the process of Yoon-hee maturing?
Park: I felt much vicarious satisfaction from it. And there were a few scenes that Yoon-hee was extremely cool in. She shined when for the first time, she asked her teacher for the chance to dream of a new world while saying she will remain at SungKyunKwan, and when she spoke of how she opened her eyes to the world of academics while on a walk with Seon-joon (Yuchun) after drinking. I also felt a great amount of satisfaction when she asked, 'If you can't become a government official because you're a woman, why is the Joseon that men created in this awful state?' in response to how she was taught that she needs to be able to question what is regarded as natural. It isn't often that you get to learn through a project and the character you play in it. I think getting to learn things from Yoon-hee itself makes me a lucky person.

10: You played a rare character in a rare drama.
Park: It isn't often that actresses get to play such round characters. It may seem like there are a variety of roles that actresses can play in Korean dramas but there's only about three types: the Cinderella, a femme fatale, or the mean girl who is green with envy. But Yoon-hee is a character who has been developed an extra step from that. A-in too said he would have played Yoon-hee had he been born a woman.