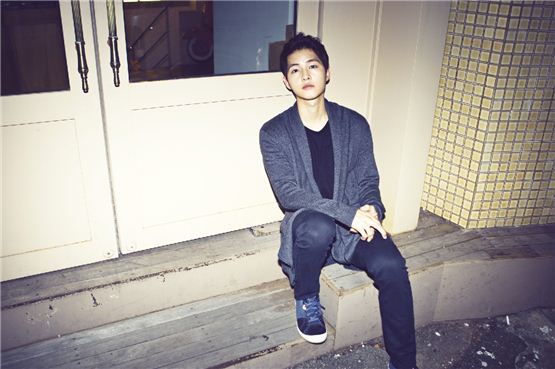 The fantasy movie secured its top status by earning 1,333,851 moviegoers during the week of November 9 to 11, the Korean Film Council [KOFIC] showed Monday. Song’s overwhelming popularity in the small screen continued on the fantasy romantic film by attracting over 3 million audiences in 11 days of its opening.

Next on the chart was Park Si-hoo’s first big screen project “Confessions of Murder,” which grabbed 726,828 audiences last weekend.

The new thriller depicts the intense conflict between serial killer Lee Du-seok [played by Park] who shot to stardom with his crime-confession novel, and detective Choi Hyung-goo [played by Jung Jae-young] who would do anything to make Lee to pay for his sin. The latest James Bond series “Skyfall,” starring Daniel Craig and Javier Bardem, landed at No. 3 with 222,368 admissions.

While “Masquerade” is heading to break another box office record after adding 174,403 admissions last weekend, Canadian SF fantasy “Upside Down” rounded out the top five with 94,304 moviegoers.