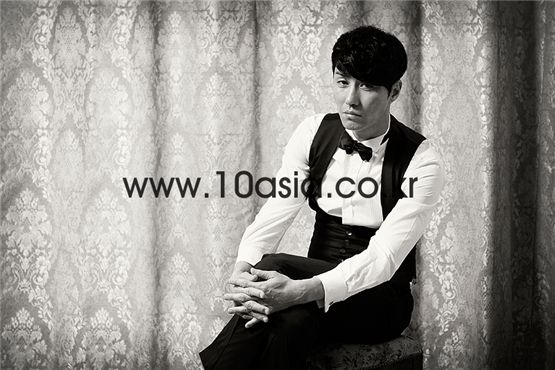 Cha Seung-won poses during an interview with 10Asia at the magazine's studio in southern Seoul, Korea in June, 2011. [Lee Jin-hyuk/10Asia]

썝蹂몃낫湲 븘씠肄
Breaking out from a year-long hiatus after starring in MBC’s hit series “The Greatest Love,” Korean actor Cha Seung-won will mark his comeback in a Japanese play.

The actor will star in veteran Japanese play director Jung Eui-Shin’s new work, “Bring Me My Chariot of Fire,” according to his international agency ArtistView Friday. Set in the early 1900s, the much-anticipated play will pivot around a group of young men who fight together to secure traditional Korean art and cultural works during the historic turbulence.

Cha will play a Korean man named Lee Soon-woo, who build a friendship with a Japanese man that has a strong affection towards Korean culture, Yanakihara Naoki [played by Kusanagi Tsuyoshi].

Co-starring famous Japanese actors Hirosue Ryoko, Kagawa Teruyuki, and Korean veteran actor Kim Eung-soo, the play will open at the Akasaka ACT Theater in Toyko on November 3. The production will then take the show to Osaka’s Umeda Art Theater in December and fly into Seoul to pull the curtains up at the National Theater of Korea early next year.