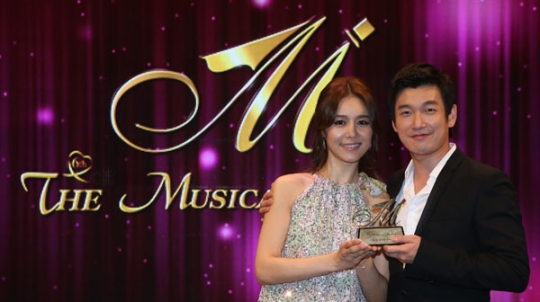 Cho won the trophy for best performance in a leading role by an actor for his role in "Doctor Zhivago" and Oak the award for best leading actress for her role in "DAS ELISABETH" at the 6th Musical Awards held at the National Theater in Seoul, Korea on Monday. Best known for his role in the musical "Jekyll & Hyde," Cho had previously won the same award for the lead role of the production last year. For Oak too, this is her second trophy to take home from the awards following her top actress award four years ago.