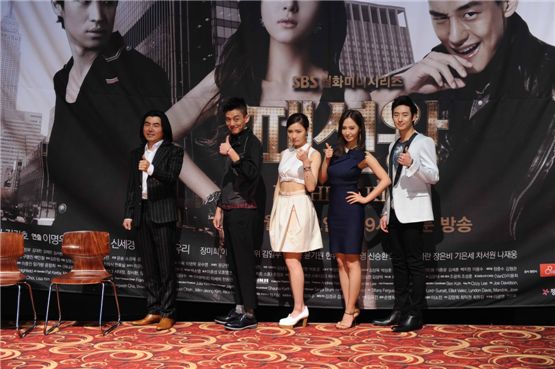 썝蹂몃낫湲 븘씠肄
Actor Yoo A-in has said that the four main casts in the upcoming SBS’ melodrama “Fashion King” knows what they are doing despite their young age.

“I know we are still in our twenties but that doesn’t mean we are amateurs,” Yoo told reporters at the drama’s press conference held in Gimpo, Gyeonggi Province, on Wednesday. “I have confidence that we all know what we are doing in the drama.” “Fashion King,” which will be meeting its viewers for the first time on March 19, is a romance story surrounding four characters that all come from very different backgrounds. Their passion and aspirations for higher goals in life to become the best in the fashion industry added some spice in the preview for the show.

“It’s a large-scale series, shot in New York, Las Vegas and Seoul, which embraces people in their twenties that are running towards their goals and love,” producer Lee Myung-woo said as he introduced the main cast. 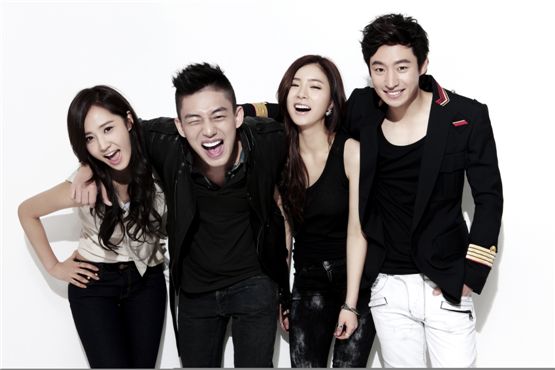 썝蹂몃낫湲 븘씠肄
Yoo A-in plays Young-gul, the owner of a small clothing factory near the Dongdaemun shopping district, who grew up moving from a house to house after his mom left the family for a guy and his dad becomes an alcoholic and abuses him.

Young-gul relentlessly saves money and studies English in order to move to the United States, which he thought was the exit from his ill-fated life. One day, Ga-young (played by actress Shin Se-gyeong), an orphan who was raised by a wicked character named Madam Jo, knocks on Young-gul’s factory door to find a job as a seamstress after she runs away from Madam Jo’s house. Accidently finding out that the talented seamstress and designer Ga-young was accepted to Parsons the School of Design in New york, without hesitation, he hands over all the money he had for her dream and happiness.

Just when everything seemed to end as a happy ending, Yoo gets into a trouble through a number of events, losing everything in life and then flies to New York to meet Ga-young.

The other two main cast members, actor Lee Je-hoon and Girls' Generation's Yuri, play characters who seem to have everything they need in life but hold deep pain inside.

Lee characterizes Jung Jae-hyuk, the cold-hearted successor of a fashion company, who literally has everything in life. Jung’s past girlfriend Choi Anna (played by Kwon) suddenly appears in his life again while he changes into someone with a strong desire for success and love.

“Young-gul is a very outgoing character which allowed me to express every characteristic a human can have. In ‘Fashion King,’ I cried my eyes out when the character was feeling sad and I laughed hard when he was being happy......I feel that all my past roles in other dramas are being shown at once in this one,” Yoo said while describing his character.

"I would definitely watch it if I was a viewer " 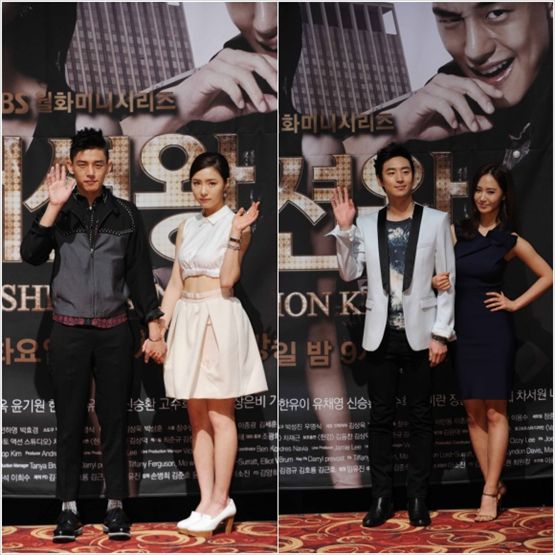 썝蹂몃낫湲 븘씠肄
“Fashion King is a drama targeting a younger generation but our show is not like others. For other romance dramas, usually, it has a bit of comic side and tells lovely stories. Adding to that, the four main characters will show how they move forward with their strong identities,” Lee told the reporters.

Chiming in to Lee's comment, Yuri, who is making her debut as an actress through “Fashion King,” said “I think the drama reflects a lot on how people in their twenties think nowadays. It shows how they hold onto their real dreams. They are able to speak out for themselves and express love very well."

She added that the younger viewers will sympathize with the characters in the drama and emphasized once again that she would surely choose to watch "Fashion King" if she were one of the viewers.