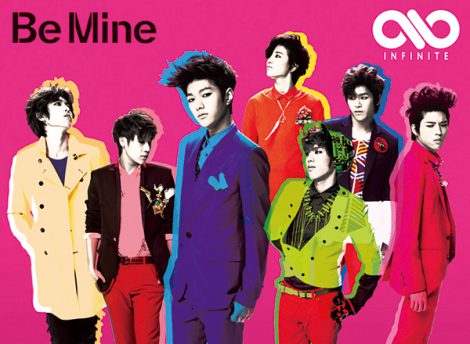 Seven-member boy band INFINITE will follow up the success of their Japanese debut single "Before the Dawn (BTD)" with a new single in two months time.

The official Japanese website revealed on Monday that INFINITE will release their second Japanese single "Be Mine" in four different versions featuring the Japanese and Korean versions of their dance tune "Be Mine" and ballad "Julia," on April 18.

The boys expanded their singing career into Japan with "Before the Dawn (BTD)" in November of last year. The single made its debut in second place on Oricon's single chart and placed at seventh on its weekly chart.

The group recently held their "SECOND INVASION" concert at the Tokyo International Forum in Tokyo, Japan over the weekend. ※ Any copying, republication or redistribution of 10Asia's content is expressly prohibited without prior consent of 10Asia. Copyright infringement is subject to criminal and civil penalties.