썝蹂몃낫湲 븘씠肄
My name is Lee Hee-jun.
I was born on June 29, 1979. I have a brother that's a year younger than me.
The reason I portrayed Gong Chil-goo as a cute guy in "The Princess' Man" is because I'm not interested in characters that are perfect. I try to make every character I play have some kind of imperfection because I think that's what'll make people relate to them. That's the strength of actor Song Sae-byuk as well. That he's great at that type of acting. [laughs]
I learned about extemporaneousness from doing five one-act plays. My brain functions slowly when I'm filming movies but I can immediately think of what to prepare for and get rid of all unnecessary thoughts when I have a drama shoot the next day. I prepared for my audition for "Cupid Factory" in a day as well.
In school I was the hateful model student. I played a lot but was smart as well. In middle school I placed up to fourth in my studies out of all the students in my grade and placed about 20th in high school. I was even president of my homeroom every year and was greedy about making friends so I was obsessed about becoming friends with everyone in my class. There was even a group of students who were bullies but I wanted to become friends with them too so I learned to play billiards.
I'm the oldest one in the house so as my parents wanted, my goal was to go to med school. My father convinced me by asking "Do you want to ride a Tico or a Grandeur? You can ride a Grandeur if you go to med school." But my grades dropped drastically when I was in high school so I ended up going to Youngnam University.
My first acting gig was in children's play "Aladdin" where I appeared as a stupid prince for three minutes.
Actor Joo Won is really pretty. We were talking about this and that while shooting an action scene for our movie in a small passenger van when I looked at him at him and saw that he was really pretty. So I said, "Joo Won, you're really pretty. You have a small face as well. I should just work on my acting really hard." [laughs]
I don't know how to dress. Even for the press conference for "Perfect Spy" I bought and wore new jeans, a vest, a pretty jumper that my past girlfriend chose for me and even new walkers but that outfit ended up getting called 'mountain climing clothes' in articles. [laughs]
As a boyfriend I'm a bad boy. I'm considerate, cheerful and sweet like Lee Sun-kyun but very firm with things I'm conservative about. For example, it may be okay for me too drink till morning with movie industry officials but I instinctively hate my girlfriend drinking all night although it makes sense logically. I think that if I were a girl, she'd have a hard time with a guy like me.
That's why I'm not sure what type of person I'd be able to marry. I don't know if someone who likes traveling to Jeju island alone and sitting on a roof could become in charge of a household and take care of someone. Marriage was supposed to happen in my mid-thirties according to my life plan than I immaturely made in my freshman year of college. 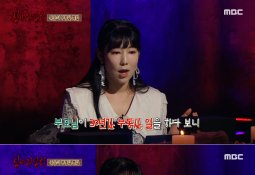