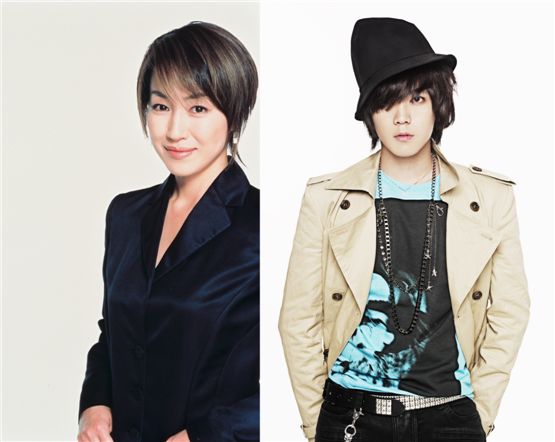 썝蹂몃낫湲 븘씠肄
FTIsland's lead singer Lee Hong-ki has been cast as the male lead in an upcoming KBS one-act drama, according to the show's producer Broad Storm.

On Wednesday, Broad Storm announced in a press release that Lee will play the role of Min-ha, an aspiring singer, opposite top Japanese actress Reiko Takashima who will take on the role of Noriko in KBS' one act-drama "Noriko Goes to Seoul! (translated title)" set to air on September 11. "I feel that I can pull of the role of Min-ha since we have many of the same qualities," Lee was quoted as saying, while the producers of the show revealed that they chose Lee because of his singing and acting skills.

Hong-gi is the lead singer of FTIsland composed of other members Song Seung-hyun, Choi Min-hwan, Lee Jea-jin and Choi Jong-hoon. The group is currently preparing for their concert in Korea titled "PLAY FTISLAND" which will take place in Seoul for two days starting August 20.

Outside of his group activities, Hong-gi has appeared in the SBS hit series "He's Beautiful" alongside actor Jang Keun-suk, Japanese drama "Hard to Say I Love You" with Jaejoong from boy band JYJ and Japan's TBS' "Muscle girl!" Reiko Takashima has made her debut in the entertainment industry in 1987 and has starred in a number of TV series including "Abarembo Shogun," "Abare Hasshu Goyo Tabi," "The Tale of Genji" and films "Gokudo no Onna-tachi."