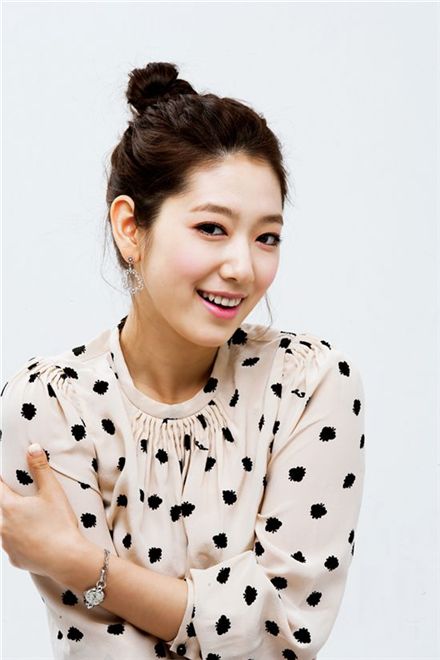 썝蹂몃낫湲 븘씠肄
Korean actress Park Shin-hye left for Taiwan over the weekend to promote her upcoming TV series, according to her agency 4HIM Entertainment.

On Monday, 4HIM announced in a press release that Park flew into Taiwan on Sunday and will be in the country for several days to promote her Taiwanese drama "Hayate the Combat Butler," based on the Japanese animation of the same name, which will begin its run in the country on June 19. During her stay, she will meet with various local media outlets for interviews and make several appearances on television programs.

"Hayate the Combat Butler" is also set to premiere in Singapore in September, while the show is in talks to air in China, Hong Kong and Japan.

Park first gained fame in Korea after appearing in hit TV series "Stairway to Heaven" (SBS, 2003) starring Kwon Sang-woo and Choi Ji-woo and rose to stardom throughout Asia after starring in "He's Beautiful" (SBS, 2009) also starring Jang Keun-suk, Lee Hong-gi and Jung Yong-hwa. She is currently working on the new MBC TV series "Heartstrings," scheduled to air on June 29, in which she plays the female lead named Lee Kyu-won who is studying Korean traditional music and is an expert in gayageum at an arts college.

The show also stars CNBLUE leader Jung Yong-hwa who will take on the role of Lee Shin, the lead singer of a band and wins over the hearts of all the girls on campus.