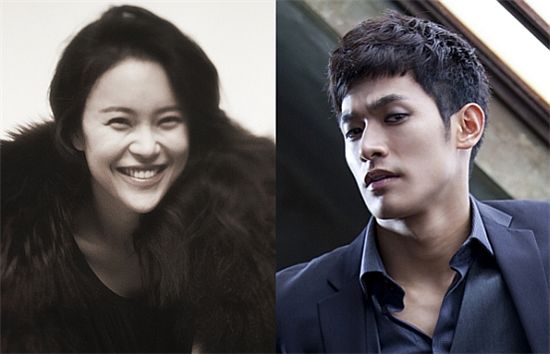 썝蹂몃낫湲 븘씠肄
Top Korean singer Baek Ji-young and actor Jung Suk-won have admitted to dating each other, according to the two's agencies on Wednesday.

Press releases issued by Baek's management firm WS Entertainment and Jung's firm Forestar Entertainment confirmed reports from earlier in the day that speculated on the two's romantic relationship. "They met through an acquaintance in mid-2010...... and became a couple in January of this year," WS and Forestar said. "They are still in the process of getting to know each other so please show your support for them."

Baek, 35, began her singing career in 1999 and has a number of hit songs under her belt including "Choice," "Like Being Shot By a Bullet" "My Ear's Candy" and "Time Goes By."

Most recently, she released her eighth album "PITTA" featuring the title track "Average" which has swept various online and offline. Jung, nine years younger, debuted through a drama in 2008 and has played several weighty supporting roles including in "Doctor Champ" (SBS, 2010) and "Midas" (SBS, 2011).

He has been cast as the main leads to an upcoming MBC series set to premiere in July and is currently filming an action pic titled "Take Off: Closer to the Sun (translated title)" starring Jung Ji-hoon.