Rock band CNBLUE is set to hold their first concert in Korea in late July, according to their agency FNC music on Wednesday.

FNC announced in a press release that the Korean group will take to the stage of the AX Hall located in Gwangjang-dong on July 31 for their concert titled "Listen to the CNBLUE." The concert will feature live performances by the group with rearranged songs of their Korean and Japanese tracks as well as other individual talents.

A representative from FNC explained, "The members of CNBLUE are determined to put on the best concert for their fans and are diligently preparing for the upcoming event."

CNBLUE released two singles in Japan before breaking into the local music scene with their mini-album titled "Bluetory." The group had received much attention ahead of its debut with leader and main vocalist Jung Yong-hwa gaining popularity through SBS TV series "Minamishineyo". Most recently, they returned to the music stage with their second mini-album "BLUE LOVE," which was released in May 19, featuring title track "LOVE."

Tickets for their concert will be available for members of their fan club first on June 18 and open for official purchasing on online reservation site Interpark on June 28. 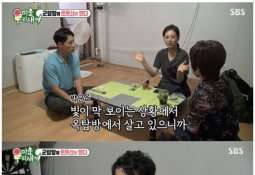