Q: You had probably never portrayed your own self in a movie before, so how was the experience?
Kim MH: What was hard for me was that everyone had strong characters in the beginning, but I didn’t have anything to do. (laugh) I didn’t know how I should set the direction for myself. And I think I was intimidated by my co-stars. I started out thinking it would be fun and wasn't too worried but these ladies turned out to be quite something. So I became worried about what I should do and just hid in the background. (laugh) I think it was wise for me to do so. I’m the actress whom you'll see the most back shots of in the movie.

Q: What was it like working with these younger actresses who each represent their respective age groups?
Yoon: It was fun. Mi-sook says she doesn’t remember what she said in the movie, but that’s because she kept drinking champagne throughout the shoot. (laugh)
Lee: I really did drink and act out my scenes. And the director let us be whatever we did. I think the things that were said in the film are truly what actresses would want to say in real life. We weren’t talking to the screen, we were just having an honest conversations actress on actress. Q: Was there any actress who turned out to be different from the first impression you had of her?
Yoon: I thought Ji-woo would be a shrewd because she’s pretty, but I loved her because she’s very nice and sweet. It was my first time meeting Ok-vin, but I knew she would be weird and alien-like. (laugh)
Kim OV: For me, Min-hee was different from my first impression I had of her. I thought she would be shy and quiet but I was surprised because she jokes around and laughs a lot.
Kim MH: I thought Yoon Yeo-jeong would be scary…
Yoon: Hey, I am scary.
Kim MH: I’m sorry to say this, but you weren’t scary at all. You were lovely. (laugh) She has a young mind so I felt very comfortable talking to you.
Lee: I had met Ji-woo for the first time and I thought she would start talking in Japanese. But she doesn’t speak Japanese that well. (laugh) I think this film could either be a big success or a big failure for Ji-woo. There were things that even her fellow actors had misunderstood about her and fortunately for Ji-woo, I think she must be relieved to able to show a new side of herself with this movie.
Choi: Honestly, I was cautious in the beginning. I had to reveal who I am, as Choi Ji-woo, so I was basically risking everything. But after I had a couple of conversations with the director and the actresses, I think I was able to break from my mold a little bit, though not entirely. So I don’t think I’ll have any regrets even if the movie crashes. (laugh)
Ko: There were surprising aspects to everyone. In the case of Ji-woo, she had courage. And she has a very clear sense of judgment. And there were many times I was grateful to her for that. As for Mi-sook, I was able to realize even more clearly why I like her and love her so much.

Q: What does the film “Actresses” mean to you being an actress?
Choi: I want to be called a real actress now. I have such ambitions and this movie holds very important meaning to me as the first stepping stone I'm taking as an actress.
Ko: I wanted to spend the most effective time with many actresses together. And there are many opportunities for male and female actors to get together, but not too many solely for actresses. So I wanted to see them up close, talk to them and help them. In that sense, I gained and learned a lot through this film. I hope that seeing all of us together will be like a huge gift-set for the viewers.
Kim MH: I agree with what Ji-woo said. I want to be regarded an actress too. Doing this movie and appearing alongside these great senior actresses is the biggest significance for me.
Lee: Actors are actually very wary of showing their true selves outside the characters they play but we trusted the director and we wanted to show that we too live our lives as normal people to a certain extent, and that we’re not just what the media portrays us to be. 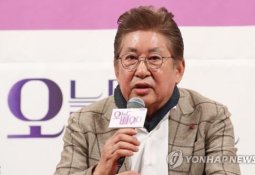