Korean pop singer Son Dambi and five-member girl band After School have announced they will not be attending Mnet's year-end music awards ceremony, according to their agency on Friday.

PLEDIS explained in a press release that Son will be performing overseas including a concert in L.A., while After School is busy preparing their comeback with a new mini-album due out later this month. The singer, best known for her 2008 hit dance track "Crazy", has been nominated for two awards at the 2009 Mnet Asian Music Awards (MAMA) -- one for "Best Female Artist" and the other for "Best House & Electronic Music".

After School, who debuted on January this year with dance song, "AHA", has been nominated for "Best New Artist".

Mnet will be holding the MAMA for the first time this year in place of its ten-year long Mnet KM Music Festival (MKMF) but it is becoming unlikely that the new awards show will match up to the reputation of its former event with most of Korea's top artists pulling out from the show. A string of top singers have said they will boycott the MAMA, questioning the standard of fairness of the awards. Artists at SM Entertainment including Girls' Generation, Super Junior and SHINee, as well as Korea's two top trot singers Jang Yoon-jeong and Park Hyun-bin of Inwoo Production have declared they will not attend the show.

Boy band SS501, managed by DSP Media, has said they will not turn up at the event as they are busy promoting their new album and will have to travel overseas for their Asia tour. Kara, another popular girl group managed by DSP, are mulling whether they will attend.

The ceremony is set to take place on November 21. 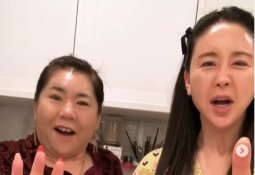