DSP Media on Wednesday played down rumors from earlier in the day which said that their group SS501 will not attend a year-end music award ceremony held by cable music channel Mnet to boycott the event.

"We are not boycotting the 2009 Mnet Asian Music Awards (MAMA)," stated an official at DSP Media. He explained that the five-member group will not be able to attend the event as they are busy promoting their new album "Rebirth" and have to travel overseas to hold concerts as part of their Asia tour. The official added that they are currently debating on whether their girl group Kara will attend the event.

Mnet will be holding the MAMA for the first time this year in place of its ten-year long Mnet KM Music Festival (MKMF) but several top talenthouses in Korea have questioned its standard of fairness and said they will not take part in the event.

SM Entertainment, which manages several of Korea's most popular artists including Girls' Generation, Super Junior and SHINee, as well as Inwoo Production, in charge of two top trot singers Jang Yoon-jeong and Park Hyun-bin, have declared they will boycott the MAMA. The ceremony is set to take place on November 21. 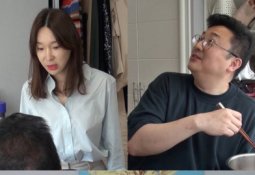