Korean Wave star Choi Ji-woo will receive the presidential commendation for promoting Korea's tourism, according to her agency on Thursday.

The actress will be awarded for her contribution in tourism at the 36th Tourism Day Celebration Ceremony on September 29, C, JW Company announced in a press release. Korea Tourism Organization (KTO), the host for the event, selected Choi as the winner due to her contribution through KBS TV drama "Winter Sonata". The drama, a massive hit in Korea and also throughout Asia, has been bringing fans of the show into the country since its airing in 2002.

"Hallyu dramas are more than just cultural content - they bring about positive economic effects by bringing in money from overseas and increasing tourism," the Hallyu star was quoted as saying. "I hope many good dramas will continue to be produced."

Earlier this month, Choi was admitted into the Star Hall of Fame at the Seoul Drama Awards 2009. The 34-year-old actress is scheduled to leave for Tokyo on Sunday to attend the premiere party for the animation version of "Winter Sontata". The event, to be held at the Tokyo Dome, will also be attended by her co-star Bae Yong-joon who provided voice-overs for the animation alongside Choi. 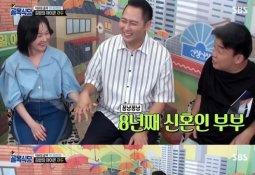