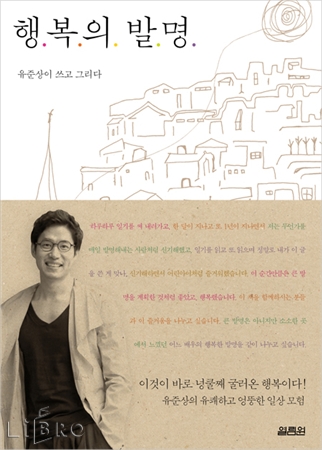 Actor Yoo Jun-sang is making his debut as a writer with the release of his essay book.

Last Friday, the "My Husband Got a Family" star rolled out an essay book titled "The Invention of Happiness"(translated title), which talks about his 18 years of acting career. According to the book description by the publisher,Yolimwon Publishing Group, Kim has been writing about small and big events that have happened to him while working in the business and his own theory of acting.

Having kicked off his career in 1995 through SBS' open recruitment of television personalities, Kim has been building stable acting experiences through films and TV series.

He is currently starring in KBS' hit drama "My Husband Got a Family," which just recorded its ninth consecutive win on weekly TV ratings chart last week, opposite actress Kim Nam-joo. ※ Any copying, republication or redistribution of 10Asia's content is expressly prohibited without prior consent of 10Asia. Copyright infringement is subject to criminal and civil penalties.