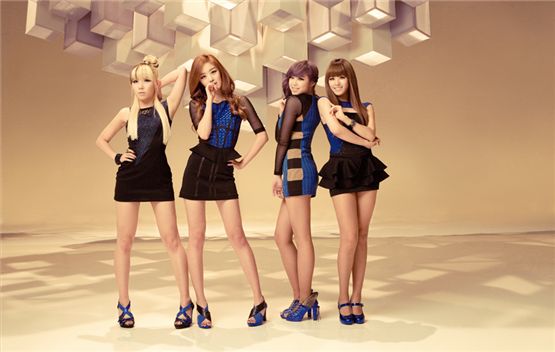 The girls made the announcement on their official website that their new album "TWINKLE TWINKLE" is due out on June 13, which comes in about four months after their second single released in February.

Secret has been keeping their Japanese activities on a roll and they also had their first concert there, dubbed ‘Secret 1st Japan Tour “SECRET TIME,” holding three sets of the concert each in Osaka, Nagoya and Tokyo from March 5.

The four 'Madonnas' are also reportedly to make their local comeback sometime in June or July as well, and the details will be announced by the firm on a later date.

Secret -- formed of members Han Sun-hwa, Jun Hyo-seong, Song Ji-eun and Zinger -- debuted in Korea with the first album "I Want You Back" in 2009 and expanded their singing career to Japan with the release of their debut single "Madonna" in 2011. ※ Any copying, republication or redistribution of 10Asia's content is expressly prohibited without prior consent of 10Asia. Copyright infringement is subject to criminal and civil penalties.