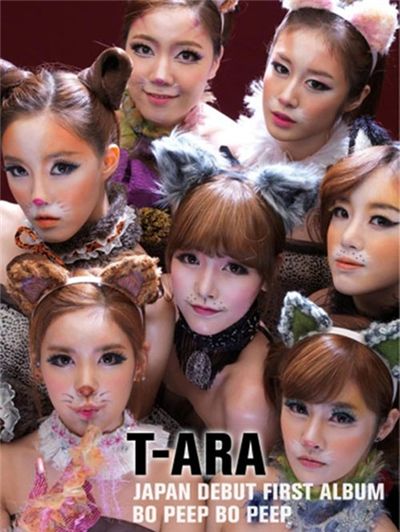 Girl group T-ara's comeback to the local music scene has been pushed back to November 1, according to the girls' agency on Friday.

An official with Core Contents Media told 10Asia over the phone that the seven-member band will release their mini-album titled "Black Eyes" five days later than the originally set date of October 27.

"It's in order to prepare better for their comeback," the official said of the reason for the delay, while adding it has not been decided whether the girls will start promoting the release on televised shows the same week.

Core Contents has already announced that the girls will break away from the retro concept they went with to promote their last release "Roly-Poly" from their "John Travolta Wannabe" album in July and August and present fans an electronica-based tune.

In the meantime, the girls have been in Japan since early September to promote the release of their first Japanese single, the Japanese version of "Bo Peep Bo Peep" which is the popular title track to T-ara's first studio album released in Korea in late 2009, set for September 28. ※ Any copying, republication or redistribution of 10Asia's content is expressly prohibited without prior consent of 10Asia. Copyright infringement is subject to criminal and civil penalties.