Super Junior to release Japanese version of "BONAMANA" in June 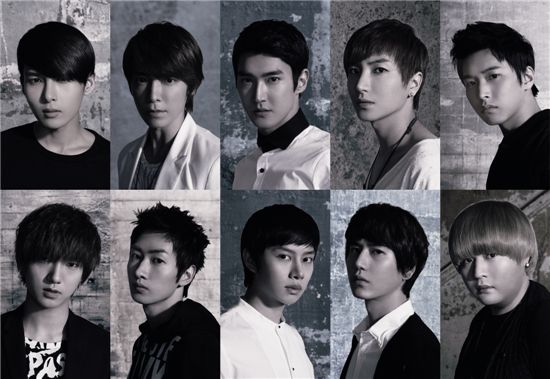 Boy band Super Junior will release the Japanese version of their hit song “BONAMANA” in June, revealed their agency SM Entertainment on Tuesday.

A press release by SM today said that "美人(BONAMANA)," set for release as the boys' first Japanese single, will go on sale on June 8 and become available for downloads on Japan’s biggest mobile service website RecoChoKu on May 18.

"美人(BONAMANA)," which was first released in Korea in May of last year, was a big hit throughout Asia, topping several major album charts in Korea as well as in Taiwan, Hong Kong and the Philippines.

The store's first commercial with Super Junior which was shot in February will go on air starting on May 16. Super Junior, often referred among fans as "SuJu" in short, made their debut in late 2005 as one of the most popular boy bands in the world but have recently been promoting themselves with just 10 members. Kang-in is serving his mandatory military duties, Kibum will be focusing on his acting career and Hangeng is currently embroiled in a legal battle with SM.

Nevertheless, the boys have been one of the most popular K-pop acts in the Asia region with numerous hit songs such as "Don't Don" and "Sorry, Sorry" under their belt.