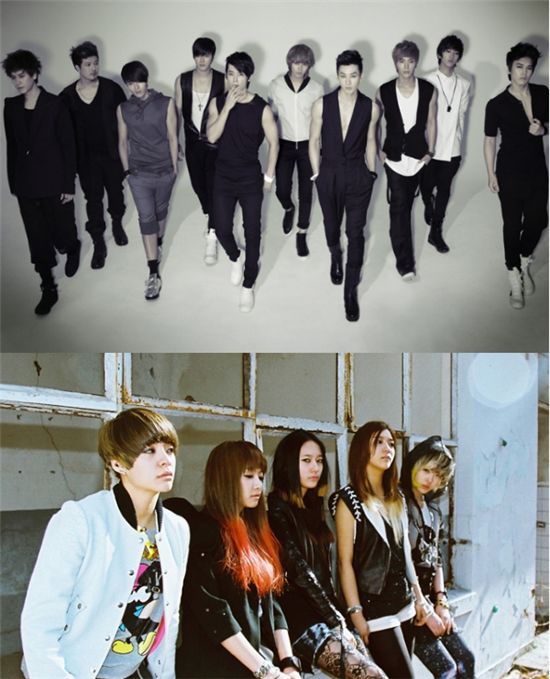 The announcement was made on Avex's official website today, stating that they will continue to back the singing careers of SM's artists such as BoA, J-Min "and TVXQ who will resume their activities as a two-man band formed of members Yunho and Changmin." The two firms have supported each other's artists for years now but their relationship had been in question after Avex signed with JYJ, former TVXQ members Jaejung, Yuchun and Junsu, when the three halted their activities with TVXQ by asking their contract to be nullified with SM.

A few months later, Avex abruptly suspended its relation with the three on reports that the chief of the boys' Korean management agency C-JeS was related to a criminal organization while affirming Avex will continue to represent TVXQ, although the future of the band was up in the air.

Then just two days ago, SM announced that TVXQ would make a comeback next January as a duo with the band's remaining members U-Know Yunho and Max Changmin. In today's press release, Avex also said they have signed exclusive contracts with SM's 13-member boy band Super Junior and girl group f(x).

Founded by former singer Lee Soo-man in 1995, SM Entertainment is one of the most influential entertainment agencies in the country alongside YG and JYP Entertainment.

They are well-known for managing the successful singing careers of H.O.T and S.E.S and some of the biggest names in the K-pop market including Girls' Generation, Kangta, SHINee and TRAX.