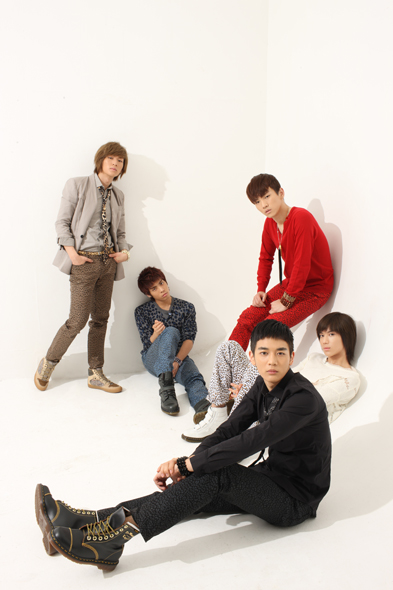 Korean boy band SHINee have postponed their solo concert in Korea to January next year.

A press release from SM Entertainment on Friday announced that they have changed the venue and date of the group's concert to the Olympic Stadium in Seoul on January 1 and 2, after receiving numerous inquiries for extra concerts from local and international fans.

Meanwhile, the boys will also hold two shows in Japan as well, at the Yoyogi National Stadium in Tokyo on December 26.

Composed of members Key, Jonghyung, Minho, Taemin and Onew, SHINee made their debut in 2008, releasing several hit songs such as "Replay," "Ring Ding Dong" and LUCIFER."

They have enjoyed a successful return to the local music scene with their latest song "Hello" from their second repackaged album based on their record "LUCIFER." They are currently busy preparing for their overseas promotions as well their concerts.

Tickets for SHINee's first solo concert in Korea will be available on Gmarket (http://ticket.gmarket.co.kr) starting November 30.