"The Frontline" to compete at int'l film fest in Palm Springs 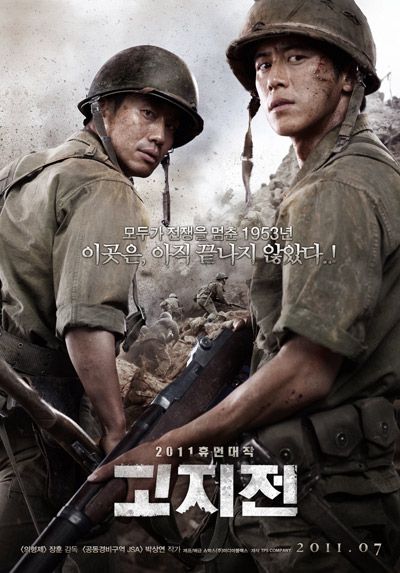 Korean pic "The Frontline" will compete at the upcoming Palm Springs International Film Festival (PSIFF) next month, according to its official website on Tuesday.

The website revealed that "The Frontline" will be up against a number of other international pictures for the FIPRESCI award for Best Foreign Language Film of the Year at the 7th annual PSIFF from January 5 to 16 next year. "The Frontline" had collected several acclamations including best picture, best director, best screenplay and best newcomer to actor Lee Je-hoon from the Korean Association of Film Critics (KAFC).

The movie, starring actors Ko Soo and Shin Ha-kyun, is based on the 30 months before the Korean War ended. Kim Soo-hyuk (Ko) is a lieutenant who slowly goes through changes as he experiences the war firsthand while stationed at the frontline of the 38th parallel.