Some of the biggest names in the South Korean film industry, as well as its most noted productions, have been nominated in multiple categories at this year's Hollywood-based Green Globe Film Awards.

According to the event’s official webpage, a number of Korea's top movie stars and films will compete in this year's "International Film Awards Theme: Asia" segment of the event which recognizes movies, actors and directors in the Eastern region of the globe. Noteworthy nominees include Song Kang-ho for film “Thirst,” Ha Jung-woo for “Take Off” and Kim Myeong-min for “Closer to Heaven” in the category for best international actor.

Actress Ha Ji-won from "Closer to Heaven," Kim Ok-vin from "Thirst" and Kim Hae-ja from "Mother" are in the running for best international actress.

"Mother" took another nomination, alongside films "Thirst" and "Private Eye," in the category of best international thriller.

Meanwhile, Asian pop sensation Rain and Hallyu star Bae Yong-joon are up for vote as best international entertainer while Bae is also competing for Asian cultural ambassador of the year alongside top Korean actor Lee Byung-hun.

Winner will be chosen by 100 viewers who will submit their votes on the official Green Globe Film Awards website.

The award ceremony will be held March 23 at the Westin Bonaventure Hotel in California. 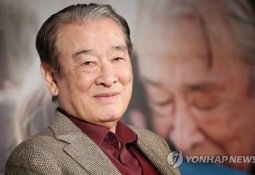