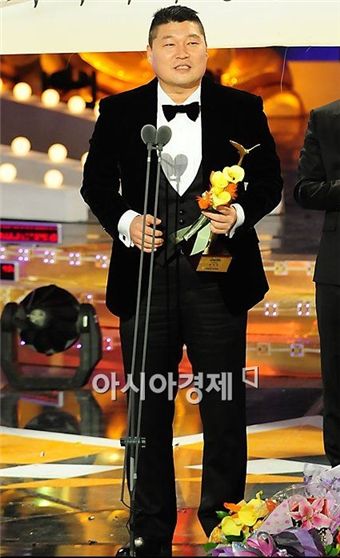 Kang was given the top honor for his role as the emcee for popular SBS variety shows "Steel Heart" and "Star King," making it his fifth grand prize win during a year-end show.