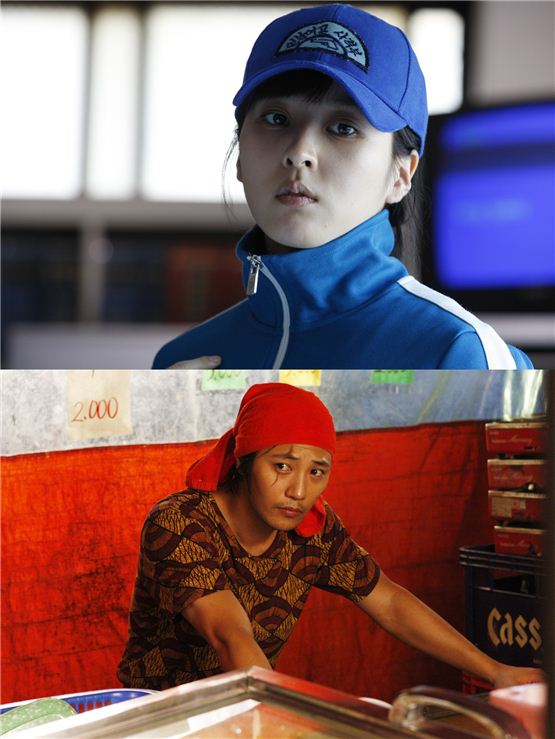 The political film, which is expected to become one of the hottest features based on true political events here, finally began its shooting on July 19, according to Chungeorahm’s press release Wednesday.

It took nearly four years for the film to go into shooting as investors initially shun the project saying it was deemed 'too political.'

With the help of around four thousand donators, however, the collected investment budget now amounts over 250 million Korean won [around 217,959 U.S. dollars].

"26 Years," based on the famous web-based comic of the same name by KangFull, goes around the story of five people who has been suffering from severe physical and mental damages caused by Gwangju Democratization Movement. The incident is considered to be one of the major pro-democratic movements in the history of Korea. Chungeorahm also revealed still shots of the actors taken during the shooting, which show Han Hye-jin donned in a blue athlete uniform, and Jin Goo with a big scar on his face.

Han plays a professional shooter from the national shooting team while Jin Goo portrays a gangster from an organized criminal group. 2AM’s Seulong plays a young policeman whose life turns upside down by the historical event.

The film is scheduled to crank up in September and is to open in the second half of 2012.