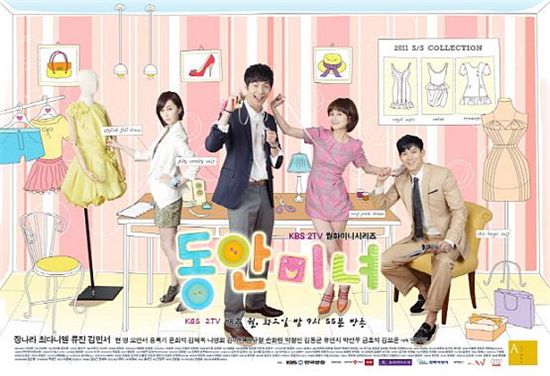 KBS series “Babyfaced Beauty” topped the Mondays and Tuesdays’ primetime TV slot for the first time, according to the results shown by two media research companies on Wednesday.

“Babyfaced Beauty” about the life and success of a thirty-something single woman, was ranked No. 1 on the latest TV chart by scoring average viewership ratings of 14.3 percent on Total National Multimedia Statistics’ (TNmS) chart and 14.4 percent on AGB Nielsen Media Research’s (AGB) poll, with both numbers showing about three percent gains from last week as well.

The drama starring Jang Nara, Choi Daniel, Ryu Jin and Kim Min-seo, which tells a story about a woman who fakes her age to get a job in a fashion company, is currently half way in with the main character having confessed her lies and starting anew.

MBC series “Miss Ripley,” about a story of lie and its consequences, slid down to second place after posting average viewership ratings of 10 percent on TNmS’ report and 13.8 percent on AGB’s survey.

Starring Lee Da-hae, Kim Seung-woo, Kang Hye-jung and Park Yuchun, the drama is about a young woman who lies her way up the social ladder and unable to stop, loses everything in the end. SBS’ series “Lie To Me,” about lies and marriage scandals, continued to trail behind in the primetime chart with average marks of 9.25 percent and 10.3 percent on TNmS’ and AGB’s charts, respectively.

The drama starring Yoon Eun-hye, Kang Ji-hwan, Sung Jun and Cho Youn-hee, is a romantic comedy about two people who get entangled in a marriage scandal that started out with a small lie which the heroine tells her friend in order to save her face.