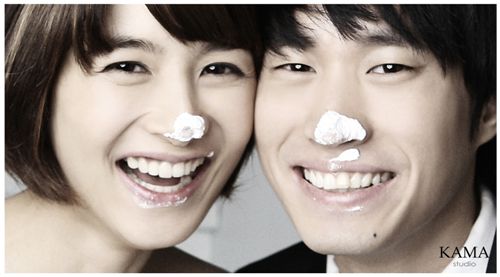 An official at Kang's agency YG Entertainment said that they had checked with the actress who said she was not pregnant.

Rumor had circulated that Kang, 29, had gone to see a gynecologist with her husband, raising speculation that she was pregnant with her second child.

Kang married Tablo in October 2009 and had given birth to her first child in May the following year.

The drama, telling the story of a woman who lies about one thing and begins to lie about everything, is set to premiere in late May after current series "The Duo" finishes its run.