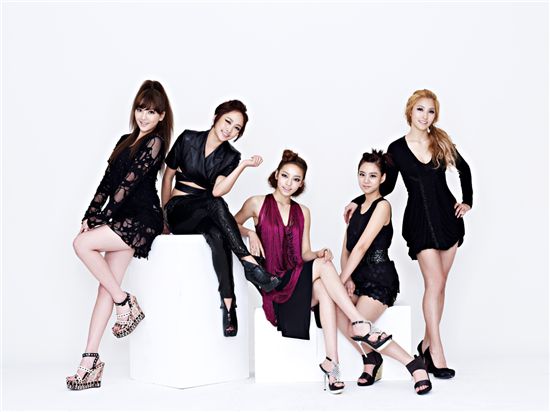 The official website for RecoChoku showed Friday that the mobile ringtone for “Jet Coaster Love” ranked No.1 on its daily chart on Thursday, immediately after its release in the country. “Jet Coaster Love,” originally recorded as a song for the commercial of aesthetic brand TBC which KARA endorses, was set as the group’s third Japanese single set to hit stores on March 23.

KARA, whose members Han Seungyeon, Kang Jiyoung, Park Gyulee, Gu Hara and Nicole debuted in 2007 with the album “Blooming” and rose to fame with continuous hit songs such as “Mister,” “Wanna,” and “Lupin.”

The group expanded their singing careers into Japan in August of last year and saw their career soar further, being named best new artist of the year at the 25th annual Japan Gold Disc Award, having placed at No. 1 on the Oricon chart's listing for the most successful new artist of 2010, and Oricon also being named the most promising artist of 2011. The group however made headlines last month after getting embroiled in a dispute with their agency DSP Media.

The girls have recently resumed their activity as a group, continuing their shooting for Japanese TV series “URAKARA” where they star as spies with a special mission to win over the men of their dreams and other music activities. They are also set to release "KARA BEST CLIPS," featuring music videos of their hit songs, on February 23.