"Fugitive: Plan B" to air in Japan in April next year 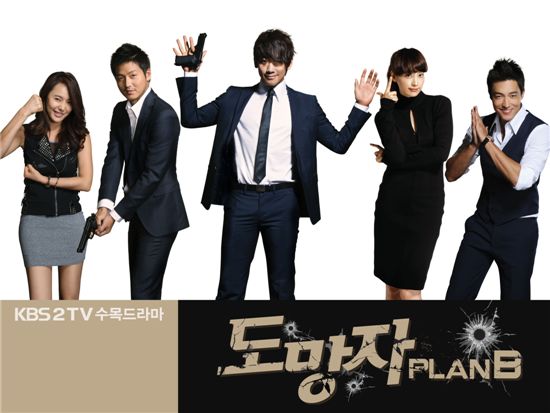 KBS TV series ""Fugitive: Plan B" will go on air in Japan starting April next year.

CEO Ahn Hyung-soo of the production company of the show told Sports Today over the phone, "It has been decided that the show will begin its air in Japan. Starting April, 'Fugitive' will be broadcasted on So-net, a station affiliated with Sony Group." Ahn added they are currently in talks with other public networks in Japan as well. In October, the distribution rights to "Fugitive" was sold to seven countries in Asia including Taiwan, the Philippines, Thailand, Hong Kong, China, Singapore, Malaysia and Indonesia.

“Fugitive: Plan B,” which will end its run tonight, is helmed by noted director Kwak Jung-hwan and written by Chun Sung-il, the creative duo behind the 2010 hit series "The Slave Hunters."

The action-comedy drama, starring Rain, Lee Na-young and Daniel Henney, is about a detective and his female client getting chased by cops and gangs as they get entangled in a case searching for gold that disappeared almost a century ago. The 20-part series first scored viewership ratings in the 20 percent range when it aired on October 7 and has maintained its position at No. 2 on the Wednesday and Thursday primetime slot with ratings in the 13 to 15 percent range.