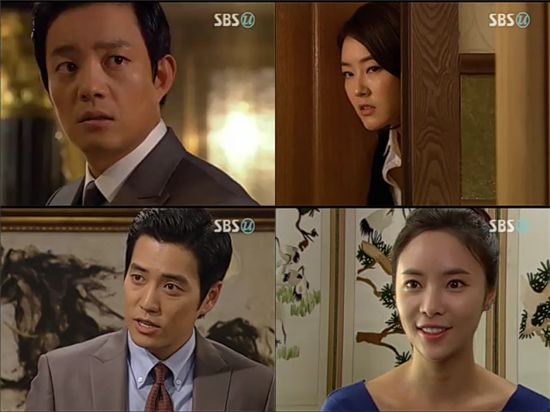 According to the data released by Total National Multimedia Statistics (TNmS) on Wednesday, “Giant” raked in an average viewership rating of 29.2 percent this week, the figure falling by a slight 0.2 percent compared to the previous two shows.

Statistics by AGB Nielson Media Research too reported similar ratings -- 28 percent of Monday and 29.8 on Tuesday.

In this week’s episode Min-woo (Joo Sang-wook) finally found his lost love Mi-joo (Hwang Jeon-eum), only to discover that they cannot be together because of what happened in the past. Min-woo’s cry of anguish after discovering that it has his father that killed Mi-joo’s father many years ago garnered favorable reviews from the viewers.

Coming in second was KBS2 mini-series “SungKyunKwan Scandal” that finished its run this week with an average rating of 12.9 percent. A fusion-history drama set in 18th century Korea, the program was welcomed especially by young viewers for its unique plot line based on the royal school of SungKyunKwan. Park Min-young played Kim Yoon-sik, a girl disguised as a boy to get into the school, singer Yoochun as Lee Sun-joon, an elite student from a prestigious family, Song Joong-ki as Goo Yong-ha, a rich playboy and Yu Ah-in as Moon Jae-shin, the rebel among students.

The finale showed Kim and Lee happily married and serving as professors of SungKyunKwan several years later while the other two characters found their paths in business and military, respectively. AGB Nielson reported ratings in between 11 to 12 percent for this drama.

The heroine Hwang Tae-hee (Kim Nam-joo) manages to get a job in the same company that fired her husband Bong Joon-soo (Jung Joon-ho) while Bong occupies himself with starting an eatery business. The drama fared better according to the findings of AGB Nielson, reaching up to a mark of 11 percent. 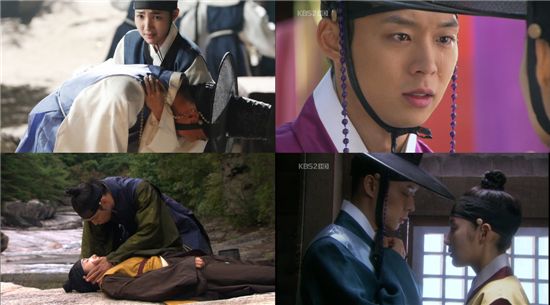