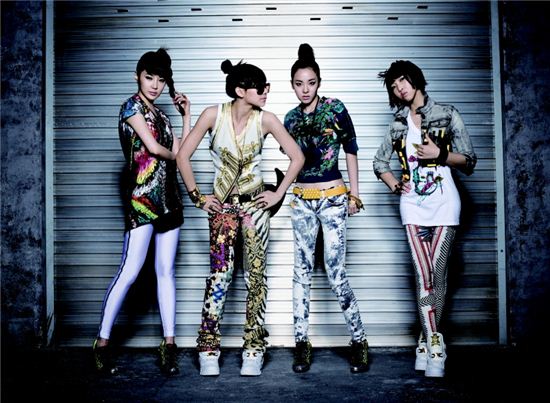 Korean girl group 2NE1 has been readying for their debut in the United States with multi-platinum, Grammy Award-winning group The Black Eyed Peas frontman and producer will.i.am, according to YG Entertainment on Tuesday.

YG's CEO Yang Hyun-suk made the announcement through a message on the agency's official website, saying that the girls finished recording ten songs produced by the rapper through three recording sessions held at London and Los Angeles over a span of three weeks. Yang explained that he had a chance to introduce the girls' music video to Will.i.Am and on the spot, the top American artist had offered to produce songs for the group as well as help with their U.S. debut.

Yang added however, that they have yet to set a date and detailed plans for 2NE1's new endeavor due to various circumstances including The Black Eyed Peas being on their world tour and will.i.am preparing for his group's next album.

He also said YG will try to avoid having the girls stay in the U.S. for an extended period, the method typically used when Korean artists attempt to break into a new market. "We will try to come up with the most effective way to promote the girls in Korea, Japan and the U.S. since they are prepping for a major debut in Japan early next year as well," Yang wrote. Meanwhile, Yang also announced 2NE1 will be releasing their first full-length album early next month.

Composed of members CL, Bom, Sandra and Minzy, the girls have been one of the most successful groups in the country since their debut in May 2009.