Famed Japanese actor, singer and model Tamaki Hiroshi will visit Korea in late January to promote his upcoming tour in the country, according to reports on Tuesday.

Hiroshi will arrive on January 29 for a two-day stay during which he will hold promotional events for his first-ever performance in Korea set for March, part of his tour titled "Tamaki Hiroshi Live Tour 2009-2010 Alive in Seoul." On the first day, the star will hold a press conference introducing his show and new album "Times...," as well as explaining plans for his singing career in Korea. The next day, he is set to hold an autograph session and attend a party.

Hiroshi, 30, has appeared in over dozens of films and dramas since debuting in 1998. He has also released over ten singles and full-length albums since pursuing a singing career in 2004.

The Japanese star made his name known after appearing in hit film "Waterboys" in 2001 but is best known for his role as Chiaki Shinichi in 2006 Japanese drama "Nodame Cantabile," which made him popular in Korea too. 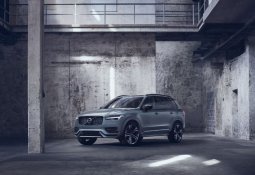