“The Innocent Man” Remains No. 1, “For You” Ends with Lower-than-expected Numbers 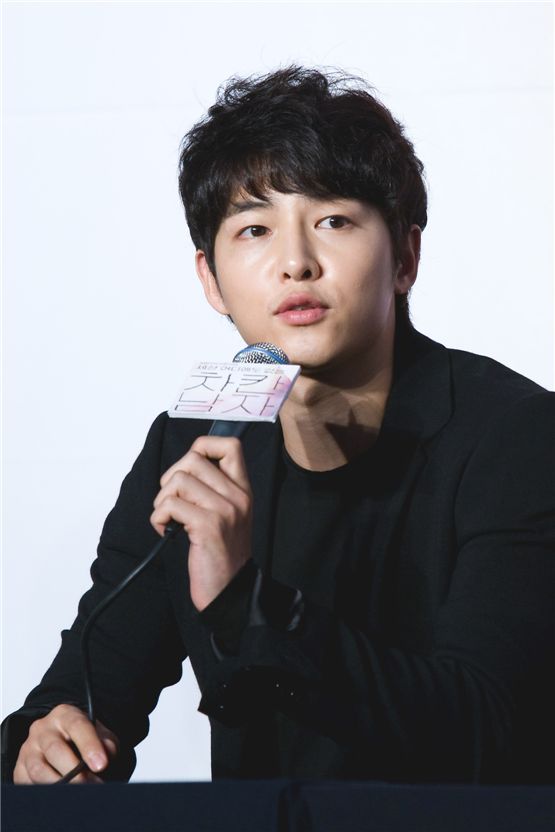 KBS’ drama “The Innocent Man” has continued to stand strong atop the Monday and Tuesday primetime ratings chart.

“The Innocent Man” stretched its winning streak for the second consecutive week during the first week of October with an average rating of 16.5 percent, according to data polled by TNmS [Total National Multimedia Statistics] Friday.

Starring actor Song Joong-ki and actress Park Si-yeon, the melodrama shattered its previous records by attracting the viewers' eyes and ears with the story of Kang Ma-ru [Song] giving up to get back with Han Jae-hee[Park].

Following the chart-topper is MBC’ historical fantasy “Tale of Arang,” which earned the support of 14.5 percent of the total viewers during the same period.

The Lee Joon-gi and Shin Mina starrer received rave reviews from the audience by delicately depicting hopeless love between district magistrate Eun-oh [Lee] and female ghost Arang [Shin]. Meanwhile, SBS “For You in Full Blossoms” finally closed its curtains with 4.7 percent of the audience tuned in.

Though the series was packed with famed idol stars such as SHINee’s Minho, f(x)’s Sulli and ZE:A’s Gwanghee, the rom-com has failed to escape from the bottom of the Wednesday and Thursday primetime ratings chart throughout the whole 16 episodes.

In the meantime, a poll from the AGB Nielson Media Research showed similar figures as the TNmS'.

While “The Innocent Man” held tight onto the top spot with 16.2 percent in ratings, “Tale of Arang” and “For You in Full Blossoms” followed next, each with 13.1 and 4.7 percent during the same time frame. 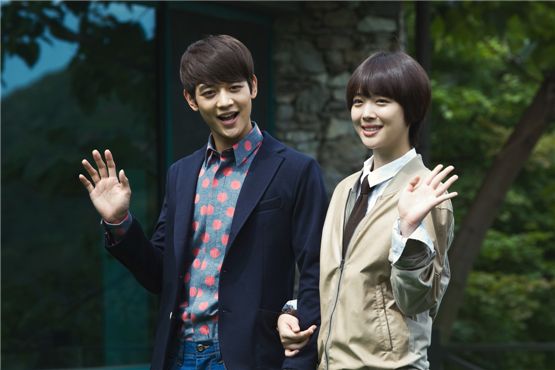 SHINee's Minho (left) and f(x) member Sulli pose in front of the camera at a press conference for SBS' Wednesday and Thursday TV series "For You in Full Blossoms," held in Gyeonggi Province, South Korea, on August 27, 2012. [Lee Jin-hyuk/10Asia]