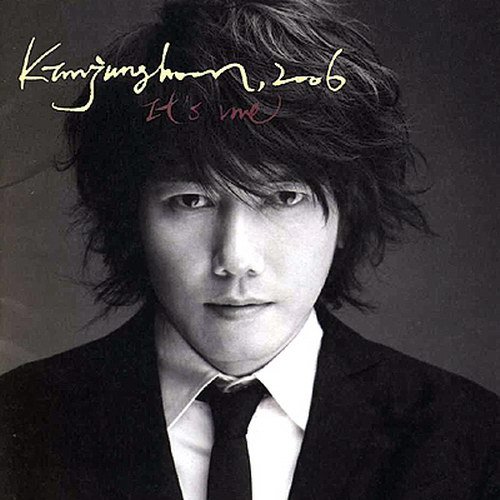 Singer Kim Jang-hoon poses in the cover photo of his ninth full-length album "It's me," dropped on October 25, 2006. [Concert World]

Korean artist Kim Jang-hoon is rolling up his sleeves to green China.

Kim will purchase seedlings worth 300 million won [about 270,000 dollars] and fly over to China to plant them with a small firm running an accomodation facility in Korea, his agency Concert World announced in a press release Thursday.

The crooner, who is deemed to be the No. 1 celebrity here for actively taking part in charity works through various non-profit organizations, had promised earlier this year to donate all profits gained from his China tour to enhance green growth of the mainland.

However, as his plans to kick off promotional activities there came to a halt due to jam-packed schedule, the grand project to create new woodland there was cancelled as well.

Kim is deemed to be the No.1 celebrity here for actively taking part in charity works through various non-profit foundations. Meanwhile, the concert rocker is set to put up a show alongside Super Junior-M and EXO-K for a special concert hosted by Shanghai Media Group on October 2. The upcoming concert is to mark the 20th anniversary of South Korea and China's diplomatic ties.

Kim Jang-hoon, 45, made his debut in 1991 and has earned the title 'performance artist' through his unique concert directing and manners.

The rock-ballad singer has been actively advertising South Korea's property rights over the disputed Dokdo Island.