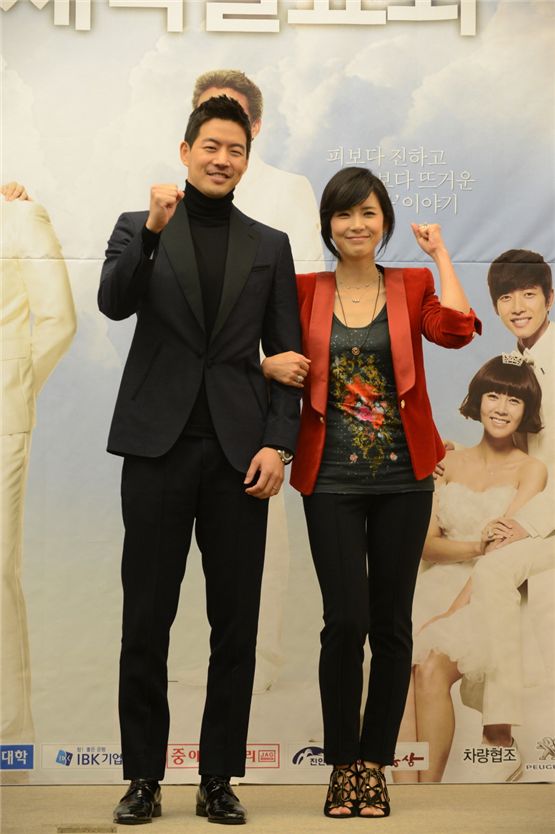 Actor Lee Sang-yoon (left) and actress Lee Bo-young (right) pose together in a smile in front of reporters to promote KBS' upcoming weekend series "My Daughter Seo-young" at the drama's press conference held at the Seoul Palace Hotel in Seoul, South Korea on September 11. [KBS]

Set to hit the airwaves on Saturday, "My Daughter Seo-young" will focus on the love and hate relationship of a father [played by actor Chun Ho-jin] and a daughter [played by Lee Bo-young].

The family drama opens its story by showing the two's broken relationship, but later they reunite with the help of her twin brother [played by Park]. 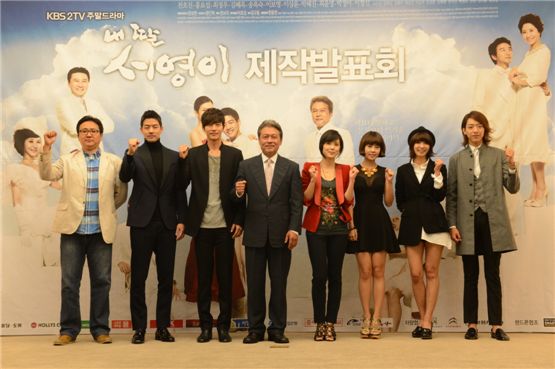 ※ Any copying, republication or redistribution of 10Asia's content is expressly prohibited without prior consent of 10Asia. Copyright infringement is subject to criminal and civil penalties.
TODAY 주요뉴스