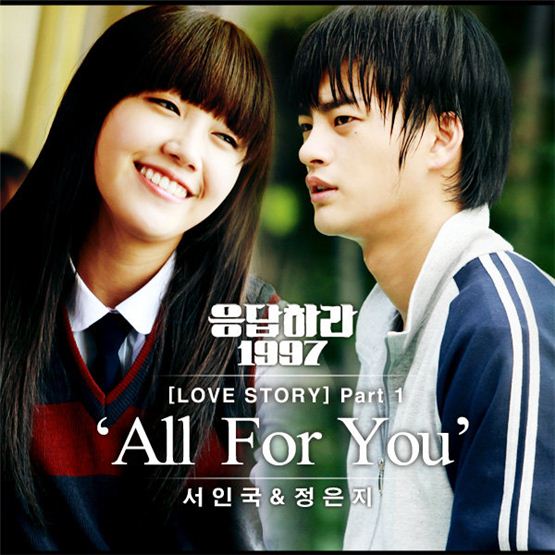 Cover to A PINK's Eunji (left) and Seo In-guk (right)'s duet song "All For You," which was rolled out on August 28, 2012. [Jellyfish Entertainment/A Cube Entertainment]

Korean singer and actor Seo In-guk and girl group A PINK member Eunji's new duet song took home the crown as the most-listened tune during the last week of August.

Gaon Chart’s official website showed Thursday that “All For You,” which the two sang on tvN’s popular TV series “Respond 1997," scooped up first win on Gaon's singles chart during the week of August 26 to September 1. The remake tune of Cool’s hit song in 2000, listed in the first original soundtrack to “Respond 1997,” has reminded music fans of the retro drama couple’s sad love story and pushed back long-time winner PSY off the top spot.

With a small gap between the chart-topper, last week’s winner Huh Gak and Zia's duet song “I Need You” was pushed down to second place during the same time frame.

Next on the chart was girl group KARA's new title track "PANDORA," which is listed in their fifth mini-album of the same name, while PSY’s smashing-hit tune “Gangnam style” ranked No. 4, each dropping a spot from the previous week. Accordingly, G-Dragon’s “That XX,” a melodic tune the singer revealed before his first solo-album release in two weeks, rounded out top five slots on Gaon's singles chart.

Other songs on the top ten include BEAST's "Beautiful Night," BoA's "Only One," CNBLUE's Lee Jong-hyun's "My Love," SISTAR's "Loving U" and PSY and Sung Si-kyung's "Passionate Goodbye.”

Following behind the JYJ’s lead vocalist was Super Junior's repackaged record "SPY," and rookie boy band B.A.P’s “Crash,” the repackaged album of their first mini-album “NO MERCY,” came next at No.3. 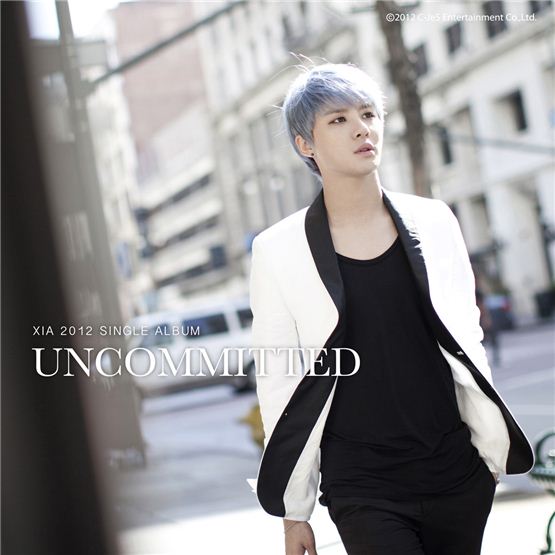