The firm unveiled that the first shooting took place at a high school in Yeoju in the Gyeonggi Province on August 4, capturing a student named Jang-ho (Lee) who transfers to another school after having committed an accident.

"My Papparoti" will focus on the special relationship between Jang-ho and his music teacher named Sang-jin (played by Han). Jang-ho, who is also a member of a gang, dreams of becoming a singer like the late tenor Luciano Pavarotti and will try to pursue his musical career with Sang-jin's help.

Set to open in local theaters during the first half of next year, "My Papparoti" will co-star actors Oh Dal-soo, Jo Jin-woong and actress Kang So-ra. 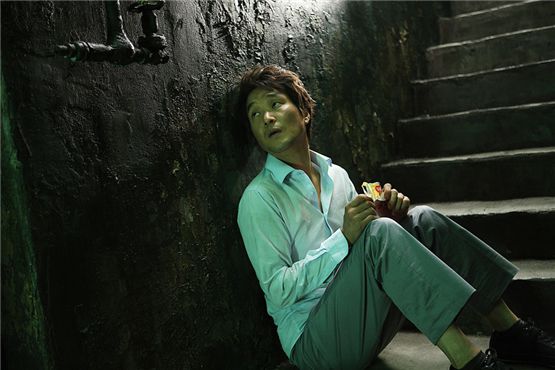 Actor Han Suk-kyu in a scene of thriller "Villain and Widow" released in Korea on November 24, 2011. [Sidus FHN]